Fox Sports Africa is putting the spotlight on local boxers 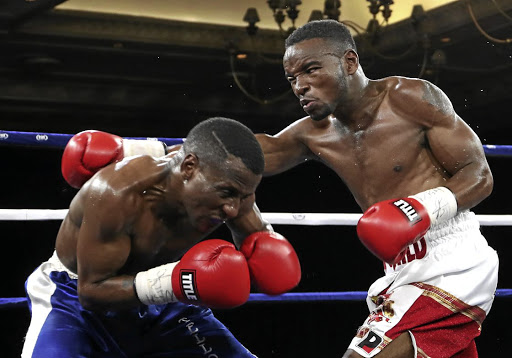 This assurance was made by Kyle de Klerk, who is its director of business.

He said the world's leading sports television brand, both in terms of distribution and programming rights, will continue to provide a platform for up-and-coming boxers to take part in the events it stages in conjunction with Durban-based promoter Barry Lambert.

They did it so well last year by staging seven international tournaments in South Africa and Swaziland where fighters the likes of Rofhiwa "War Child" Maemu and Ayanda "Greyhound" Nkosi and Akani "Prime" Phuzi featured prominently.

Maemu and Phuzi are trained by Alan Toweel Junior while Thami Malinga hones the skills of Nkosi.

Maemu and Nkosi won WBA Pan African featherweight and lightweight titles in those tournaments while Phuzi made a mark, which enabled him to fight for the same organisation's cruiserweight title at the Supreme Boxing Promotions' tournament in Randburg recently.

"Our goal is to host more title fights this year," said De Klerk, whose company will stage its first tournament at the Carousel Casino in Hammanskraal, North West, on February 15.

Topping the bill will be Maemu against Sibusiso "Spook" Zingange for the vacant WBA Pan junior lightweight title.

De Klerk said they are looking forward to welcoming a string of new boxers who have not previously fought in its tournaments.

Toweel revealed that endless battles with scales forced Maemu to move up to the junior lightweight division.

"He was struggling to make the limit at featherweights, specifically in his last three fights, so he was forced to move up the weight.

"I believe he'll be comfortable in the junior lightweight division," he said, adding that the pressure cooker will have more power in his new weight class.

Pailman goes beyond the call of duty

Trainer deserves recognition for looking after boxers
Sport
2 years ago

Toweel knows what to expect from Zingange, who is trained by Sean Smith.

"I think he is a nice boxer although I don't think he has met a boxer of Rofhiwa's calibre. But I know Zingange is always fit and I believe this will be a tough fight for us."

Anthony Moloisane - who stunned fans with his proficiency and big heart against reigning SA junior lightweight holder Phila Mpontshana at the Orient Theatre in October - will welcome Kutlwano Ogaketse from Botswana over eight rounds.

Wilhelm Nebe - who made an impressive professional debut in Durban on November 11 by knocking out Malawian Gison Jeputers in one round - will take on former mixed martial arts fighter Wikus Ludeke over four rounds in the heavyweight division.