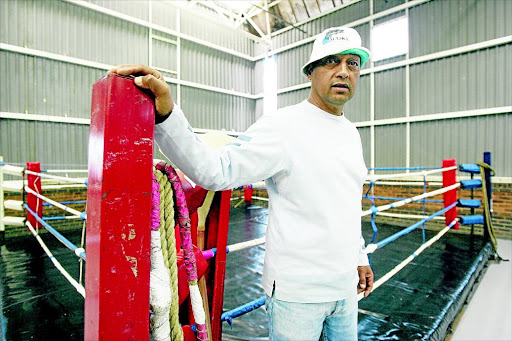 Gauteng boxing trainer Bernie Pailman warned that he was not done yet with East London fighters.

He said this after his relatively inexperienced charge and current SA and ABU SADC bantamweight champion Ronald "King" Malindi showed superior class when he outclassed Mdantsane's hot favourite Makazole "Professor" Tete over 12 rounds on Sunday. Their clash for the vacant ABU strap took place in the Orient Theatre, East London.

This bout between a pupil with only eight fights against a former SA, IBO and IBF mini flyweight titlist who has 26 wins from 32 boxing matches will be staged by Xaba Promotions and Events of Ayanda Matiti.

Pailman said: "I am not done with East London. I am going back there this weekend to prove once more that we are up there among the best.

"Seforo needs a Christmas present and this is one. I am not taking anything away from Joyi. We still respect him but he is up for a high jump."

The tournament - which features five titles - is dubbed Night of Champions.

Athenkosi Dumezweni will take on Ulises Lara from Mexico while Siseko Makeleni and Marios Matima from Congo will do battle for the vacant WBO Africa junior welterweight title.