There is nothing puppetry about Miguel Vasquez 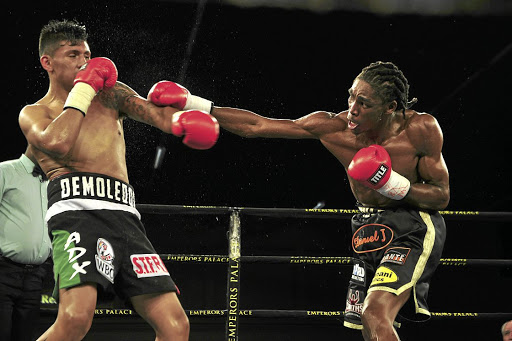 Fight fans must not be misled by the nickname "Puppet" and conclude that its owner, Miguel Vasquez, will just be a pushover against Thulani "Evolution" Mbenge when they meet at Emperors Palace on Saturday.

Boxing has had its share of interesting nicknames over the years. From the crazy to the accurate, from the funny to the bizarre.

"Hurricane" - a force of nature, an insurmountable flurry and an awe-inspiring phenomenon - is one such nickname.

So fans - who may read too much into Vasquez's nickname - may just miss a boxing match which promises fireworks. This could be a real test of character for Mbenge. The local lad will not only put his IBO welterweight belt on line, but also his No 6 WBC raking.

Vasquez, 31, from Mexico, is a force in boxing. The former IBF lightweight champion brings everything into the fight - footwork, a good jab and the use of dirty tricks. He uses head butts and clinching to outmanoeuvre his opponents.

Vasquez has been knocked out, with Josh Taylor of Scotland inflicting the defeat in the WBC Silver junior welterweight title last year.

Mbenge is undefeated after 14 fights with 11 knockouts.