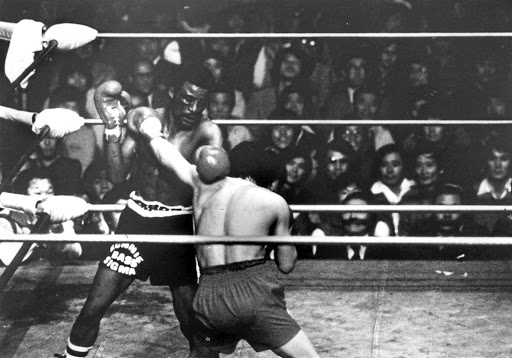 Peter Mathebula on his way to winning the world title in the US.
Image: Tiso Blackstar group

Sandile Xaka says his boxing tournament at Blairgowrie Recreation Hall in Randburg this coming Sunday will be part of the Nelson Mandela's centenary celebrations.

"We, as Supreme Boxing Promotions, felt it was proper that we also join in the celebration of the man who loved boxing," said Xaka, who launched his company in 2016.

The main bout will be between Gauteng cruiserweight champion Akani "Prime" Phuzi and Congolese Youssof Kasongo Mwandza. At stake will be the vacant WBA Pan African title.

Xaka said he was on a mission to build Phuzi - a rough diamond with three knockouts in five wins.

"Hopefully he wins and gets rated by the WBA," said Xaka.

But most local boxers like Rofhiwa Maemu and Ayanda Nkosi - who hold WBA regional titles - are yet to get recognised by that sanctioning body's ratings committee.

Xaka has a soft spot for the Panama-based sanctioning body.

"It was the only one that was vocal, fighting against apartheid," he explained.

Peter "Terror" Mathebula had to travel to Los Angeles in the US where he won the WBA flyweight belt from Tae-Shik Kim in 1980.

Mathebula, from Mohlakeng on the West Rand, became the first black local boxer to win a world title.