Boipelo Awuah, a grade 10 Northern Cape high school pupil, is SA’s youngest representative at the Games and Africa’s only representative in the women’s street skateboarding event on Monday, July 26. 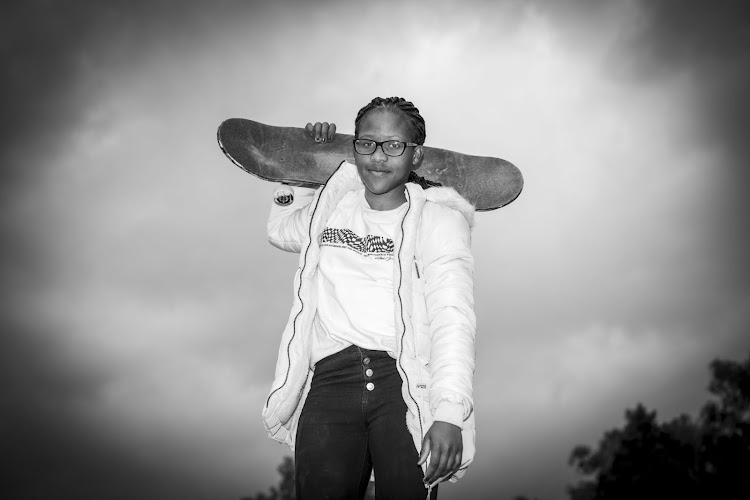 ‘The Olympics have never been a thing for me. It never crossed my mind because I’m from Kimberley and it’s a small town so I’ve never really thought about it. It’s unreal, dude,’ says Boipelo Awuah.
Image: IHSAAN HAFFEHEE / NEW FRAME

What were you doing when you were 15 years old? Whatever it was, it’s highly unlikely you were representing your country at the Olympics.

But this is the situation in which Boipelo Awuah finds herself.

At the age of 15, the grade 10 Northern Cape high school pupil is South Africa’s youngest representative at the Games and Africa’s only representative in the women’s street skateboarding event on today.

“The Olympics have never been a thing for me. It never crossed my mind because I’m from Kimberley and it’s a small town so I’ve never really thought about it. It’s unreal, dude,” said Boipelo, laughing. She skates at Kumba Skate Plaza across the road from Kimberley’s Big Hole and as such has unimaginatively been dubbed The Diamond of Kimberley. It’s a spectacular cliché but a moniker she accepts with equal parts humility and pride.

Boipelo was in Johannesburg at the YBF Skatepark for one final training session on Friday July 16, the day before she flew to Tokyo. “It’s funny how people call it training now. It’s just skating,” she says with a shrug. 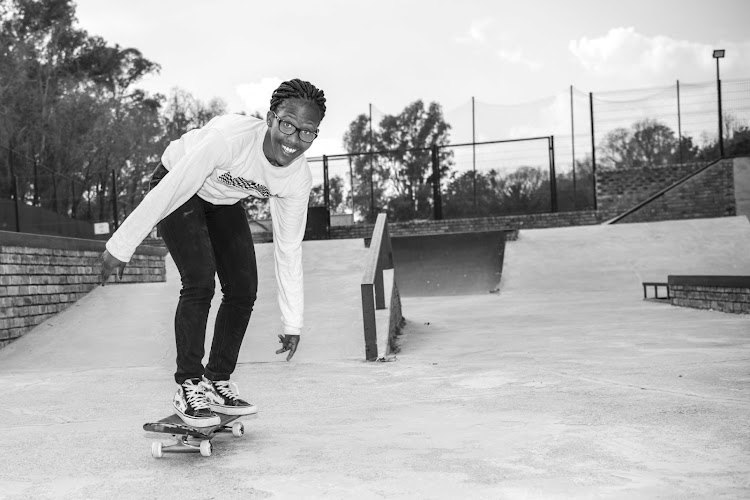 Skateboarding makes its debut as an event at this year’s Olympics and Boipelo Awuah is one in the group of 80 skaters etching their names into history.
Image: Ihsaan Haffejee / New Frame

A 10-year-old girl who has been practising at the skatepark all morning shyly approaches Boipelo and asks for her autograph. Boipelo signs the youngster’s board and spends some time skating, encouraging and guiding the girl through obstacles. The teenager is already serving as a trailblazer for future generations of women skaters in South Africa.

Skateboarding makes its debut appearance at this year’s Olympics and Boipelo is one of the group of 80 skaters etching their names into history.

When she was a tiny five-year-old, Boipelo noticed her older brother cruising around on his skateboard. Wanting to emulate him, she would wait for her brother to leave the house and then “steal” his board and ride around the house, careful to avoid her parents who would possibly put an end to her joyrides for fear of it being dangerous. In terms of assimilating herself into the rebellious counterculture of skateboarding, Boipelo was off to a good start.

The elders eventually caught up with her tricksy ways but when she was six, Boipelo convinced her mother to take her to the skatepark. She has progressed steadily since then, winning back-to-back national championships in SA and placing well enough at the Street Skateboarding World Championships in Rome, Italy, in June to qualify for the Tokyo Games.

Triathlete Henri Schoeman is cautioning about expectations for his race at the Tokyo Olympic Games on Monday‚ saying he’s unsure if his body will ...
Sport
9 months ago

Tatjana Schoenmaker set an Olympic record in the 100m breaststroke heats in Tokyo on Sunday, taking pole position ahead of Monday’s semifinals.
Sport
9 months ago

Boks promise to bounce back with fire and anger

If Team SA can find a bright side to their underwhelming opening day of the Tokyo Games on Saturday‚ it’s that it can only get better.
Sport
9 months ago
Next Article