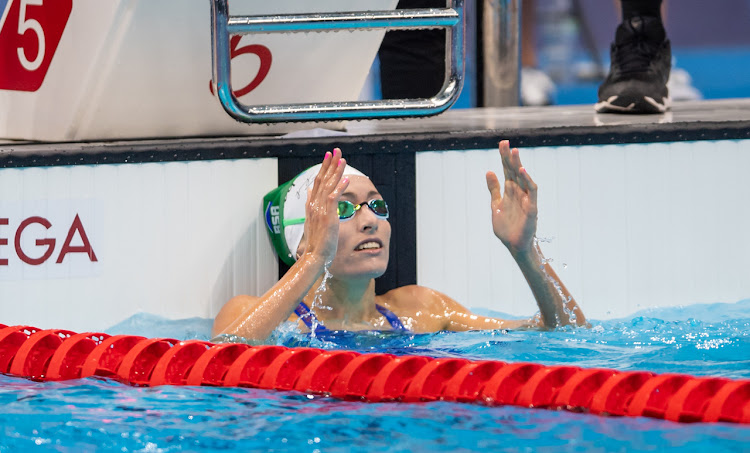 Tatjana Schoenmaker reacts with surprise after breaking the 100m breaststroke Olympic record in the heats at the Tokyo Games.
Image: Anton Geyser/SASPA/SASI

Tatjana Schoenmaker sounded a serious warning to her Tokyo Games rivals on Sunday evening as she broke the 100m breaststroke Olympic record in the heats.

Schoenmaker went into the showpiece seeded fourth in this event and first in the 200m breaststroke, but she threw down the gauntlet as she powered into the lead and almost lost her green cap on her way to clocking 1min 04.82sec to win her heat.

And given how she floated into the wall, there’s room to go even faster.

For Schoenmaker, who took nearly a second off the 1:05.74 African record she posted in April, this signalled a clear intent that she’s on the hunt for two medals in Japan.

Her performance delivered some much needed impetus to Team SA after two mostly lacklustre days of Olympic action.