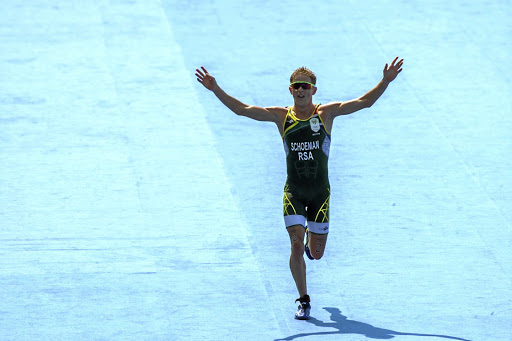 Triathlete Henri Schoeman is cautioning about expectations for his race at the Tokyo Olympic Games on Monday‚ saying he’s unsure if his body will withstand the rigours of competition after struggling with injuries for three weeks.

First his left knee went‚ and then his right ankle‚ and although he’s had treatment and is ready to race‚ he doesn’t know if it’ll hold or not.

“For three weeks I haven’t been able to run on the road‚” the Rio 2016 bronze medallist told the Team SA website.

“I’ve been having treatment for my left knee and right ankle‚ and although both have been responding to vigorous treatment‚ I’ll only know if they will hold up once I’m in the race tomorrow.”

After the men’s four rowers crashed out of medal contention‚ this is hardly the type of news that Team SA wanted to hear.

Schoeman‚ like the rowers‚ went to Japan as one of SA’s frontline medal hopes. His event is scheduled to start at 11.30pm on Sunday.

But he hasn’t given up hope yet.

“Three weeks ago I couldn’t see anyone beating me to the gold medal. The shape that I was in was on another level.

"My running was phenomenal‚ I was hitting PBs [personal best times] in every session in the months leading up to Tokyo.”

But he suspects he overdid it‚ first hurting the knee and trying to push through that‚ and then doing the ankle.

“I know that if I can have no pain when I race I will have an outstanding chance … that’s something I’ll only find out when I’m racing.

"For weeks‚ when I’ve tried walking or running I’ve been in absolute pain.

"I’ve been on anti-inflammatories‚ had two cortisone injections into the ankle … nothing has been helping.

“The medical team here … has been brilliant.

"I can’t say thank you enough to them … Hopefully the adrenaline from the race itself and feeding off the support I’ve been receiving will help me block out the pain and it will all have a happy ending.”