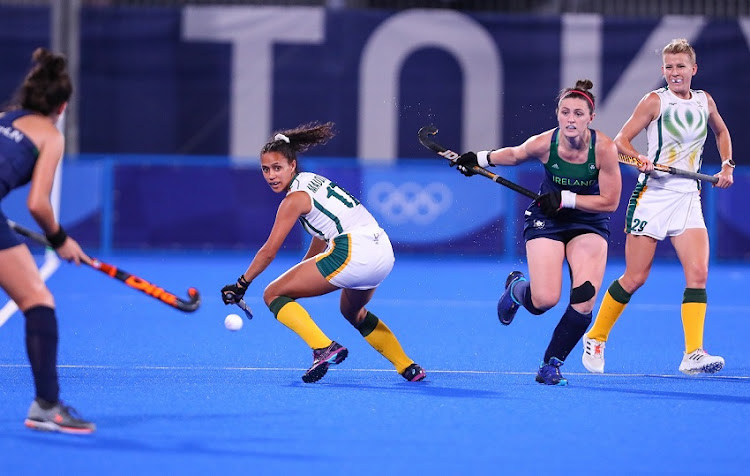 If Team SA can find a bright side to their underwhelming opening day of the Tokyo Games on Saturday‚ it’s that it can only get better.

The only serious medal contenders in action‚ the men’s four rowers‚ were miles off the pace as they finished last in their heat‚ advancing to Sunday’s do-or-die repechage.

The pair of Jake Green and Luc Daffarn will also dice it out in a repechage on Sunday after they too were last in their heat.

After Nic Dlamini’s early heroics in the men’s road cycle race‚ pushing hard in the breakaway‚ only Stefan de Bod finished the race‚ ending 52nd overall. Both Dlamini and Ryan Gibbons did not complete the 234km epic.

The SA men’s hockey team were beaten 3-1 by Great Britain and the women went down 2-0 to Ireland.

The women’s water polo side were downed 29-4 by Spain.

In the swimming pool‚ SA’s two contestants‚ Michael Houlie and Erin Gallagher‚ failed to advance to the semifinals‚ both touching last in their respective heats‚ the men’s 100m breaststroke and women’s 100m butterfly.

Geronay Whitebooi was eliminated in the opening match of the -48kg category‚ losing to defending Olympian champion Paula Pareto of Argentina.