Fireworks and a moment of silence as Tokyo Games start 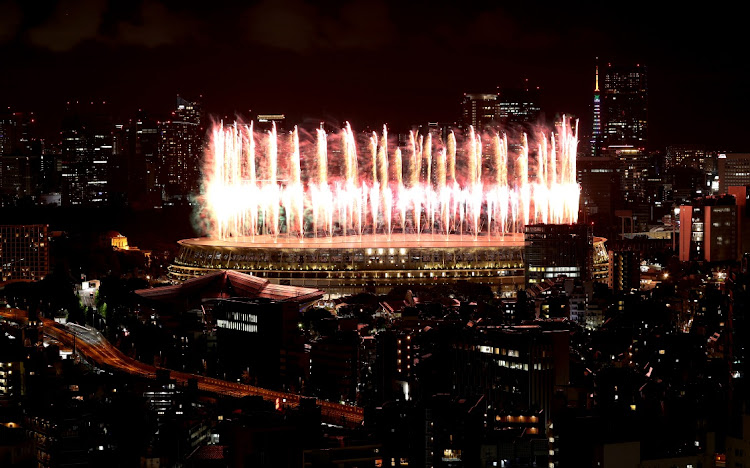 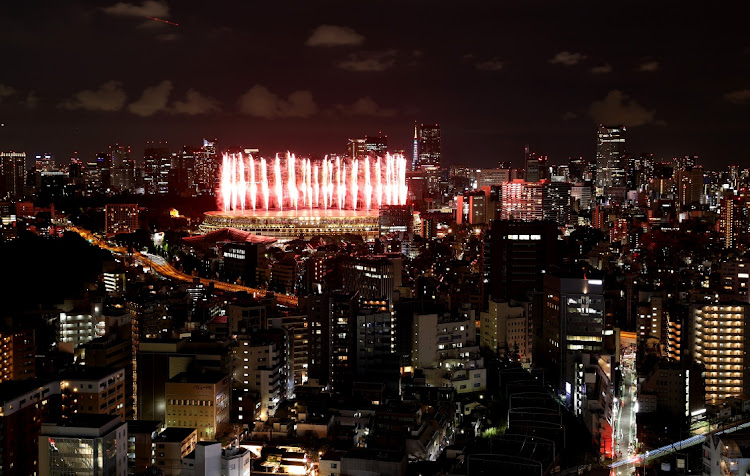 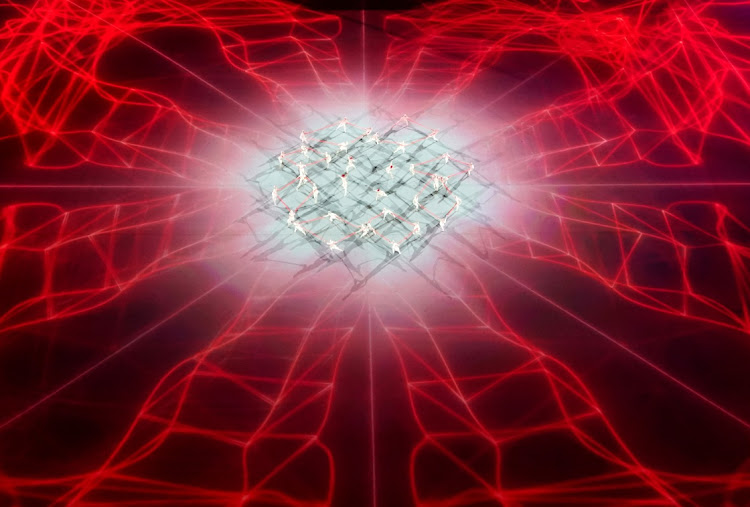 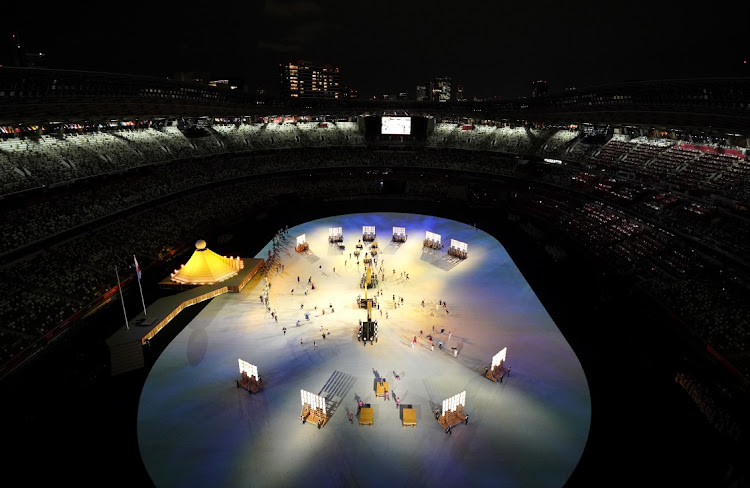 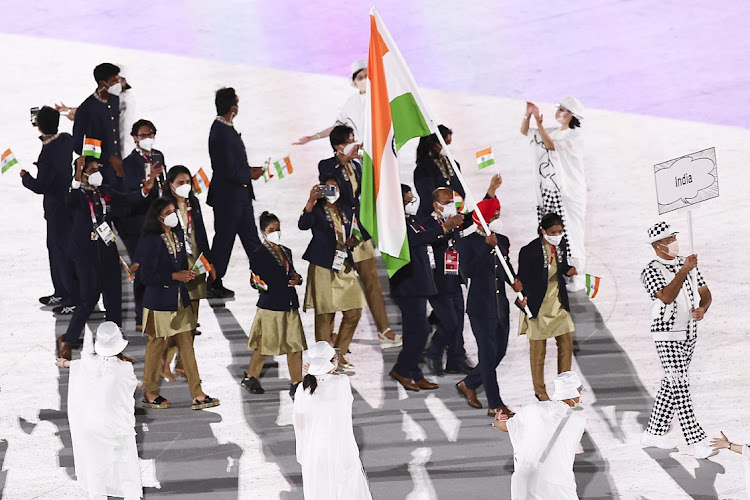 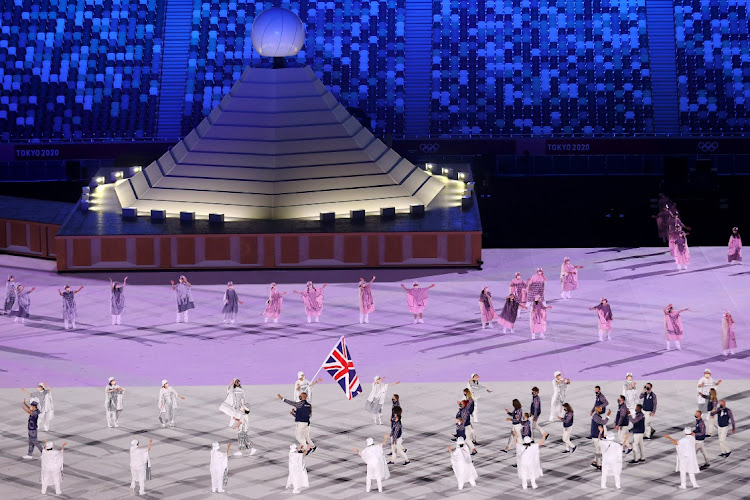 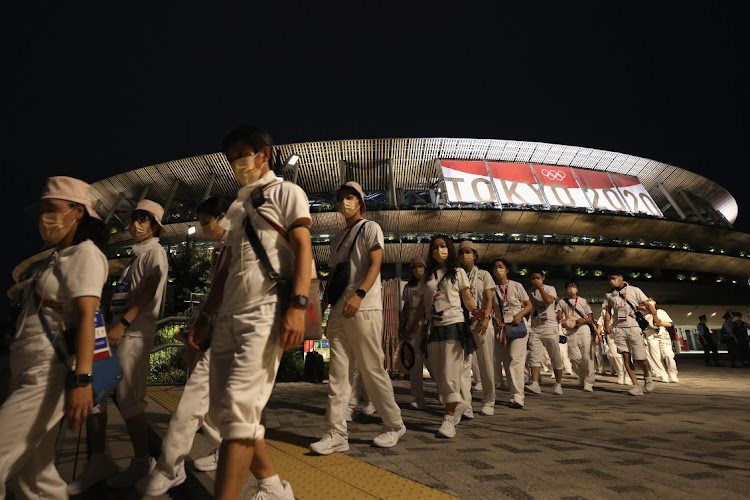 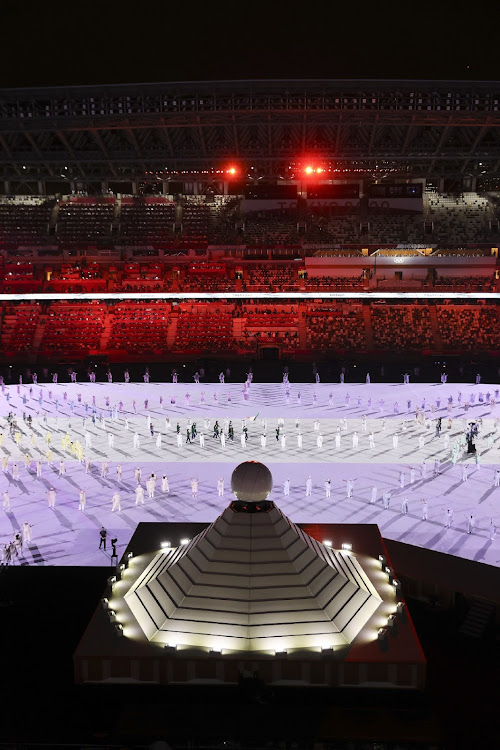 The Tokyo Olympics like no other opened on Friday with fireworks illuminating an empty stadium and a moment of silence to honour those lost to COVID-19, with a nod to Japanese tradition represented by wooden Olympic rings linked to the 1964 Games.

Postponed for a year, organisers were forced to take the unprecedented step of holding the Games without fans as the novel coronavirus is on the rise again, taking lives around the world.

Even the opening ceremony, normally a star-studded display teeming with celebrities was eerily silent, with fewer than 1,000 people in attendance, strict social distancing rules and signs calling on the spectators to "be quiet around the venue."

Regardless, it marks a coming together of the world, with an audience of hundreds of millions around the globe and at various stages of the pandemic tuning in to watch the start of the greatest show in sport.

The opening video featured at the stadium recapped Japan's path to the Games and the challenges the world has faced since the selection of the Japanese capital as host in 2013.

It showed how in 2020 the coronavirus struck, with lockdowns forcing the unprecedented postponement only four months before the Games were supposed to open, setting off a roller-coaster period of uncertainty and preparations in isolation for the athletes.

Some of them are expected to use the ceremony to make statements about equality and justice and several nations will be represented by a man and a woman after the organisers changed their rules to allow two flagbearers.

The SA Under-23 team are out to make history by becoming the first team to reach the knockout stages of the Olympic Games.
Sport
3 months ago

Tatjana Schoenmaker is SA’s only world No.1 contender heading into the Tokyo Olympics‚ but the breaststroke queen talks like she’s getting ready for ...
Sport
3 months ago

After a period of gloom, South Africans finally have something to look forward to, which can take their minds off the despairing pictures we’ve seen ...
Opinion
3 months ago

Japan had billed the Olympics as an echo of the 1964 Tokyo Games, which marked the country's return to the world stage after its devastating World War Two defeat, but this time showcasing its recovery from the 2011 earthquake, tsunami and nuclear crisis.

In the segment highlighting the impact of the pandemic on the athletes and people around the world unable to see the Olympics in person, the organisers showed a lone female athlete, Japanese boxer nurse Arisa Tsubata , training in the darkness, running silently on a treadmill.

Dozens of dancers moved about while projection mappings showed connections between them, highlighting how people around the world, including the athletes, have formed fresh connections online during the lockdown.

The giant wooden rings were carried onto the field on a platform, guided by the light of many paper lanterns. With the pull of a rope, the rings were transformed into the Olympic symbol.

The rings make use of lumber from thinned trees that grew from the seeds borne by athletes from each of the participating nations to the previous Olympics hosted by Tokyo.

The performance of putting the rings together began with the "Kiyari Uta," a traditional work song that has been sung for centuries by labourers to synchronise their efforts in rhythmic spectacle. 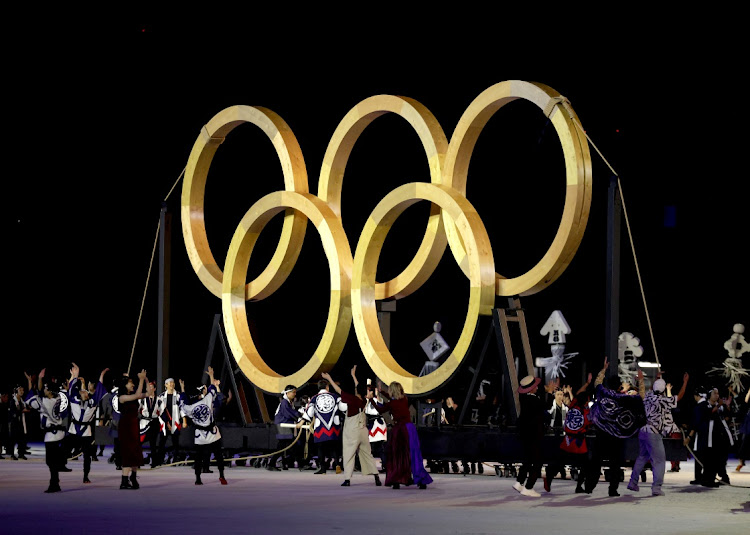 Performers dance in front of a giant golden Olympic Rings during the Opening Ceremony of the Tokyo 2020 Olympic Games at Olympic Stadium on July 23, 2021 in Tokyo, Japan.
Image: Hannah McKay - Pool/Getty Images

The opening is taking place without the usual mass choreography, huge props and cornucopia of dancers, actors and lights associated with past celebrations.

A vastly smaller number of athletes will march in the teams' parade, with many planning to fly in just before their competitions and leave shortly after to avoid infections.

Only 15 global leaders are in attendance, along with Emperor Naruhito, who will formally open the Games as his grandfather Hirohito did in 1964, and U.S. First Lady Jill Biden.

The ceremony is marked by high-profile absences, including former Prime Minister Shinzo Abe, who wooed the Games to Tokyo. A number of top sponsors and economic leaders will also stay away, highlighting strong opposition to the sporting extravaganza in COVID-fatigued Japan.

Hundreds of protesters carrying placards that read “Lives over Olympics” protested around the venue. The protesters, a mix of people in white surgical masks, yelled “Stop the Olympics” as they marched.

Only a third of the nation have had even one dose of vaccines, prompting worries the Games could become a super-spreader event. More than 100 people involved with the Olympics have already tested positive.

The Olympics have been hit by a string of scandals, including the exit of senior officials over derogatory comments about women, jokes about the Holocaust and bullying.

The Games run until Aug. 8.

About 11,000 athletes from 204 national Olympic committees are expected, along with a team of refugee athletes competing under the Olympic flag.