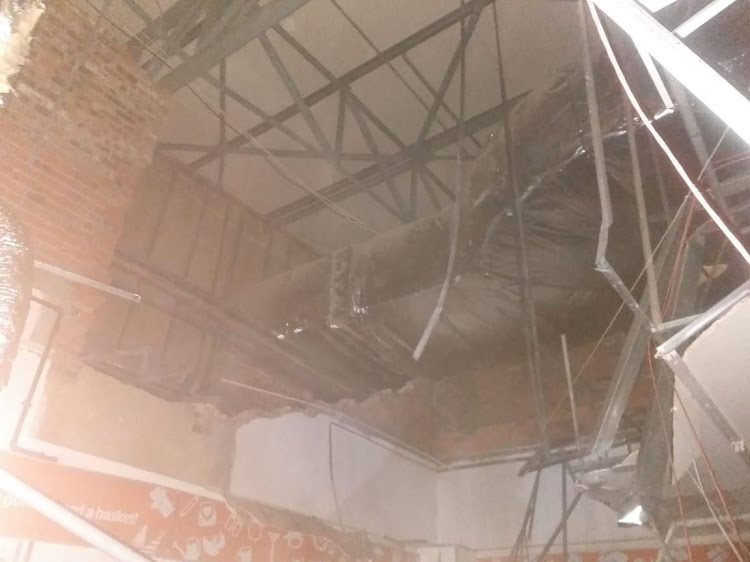 A section of the Cradlestone Mall roof collapsed on Sunday, leaving one person seriously injured and three others with minor injuries.
Image: Supplied

One person was seriously injured when a section of the Cradlestone Mall roof collapsed on Sunday. Three others sustained minor injuries.

The mall, in Krugersdorp, is home to 160 stores.

According to Netcare 911's Shawn Herbst, the collapse took place shortly after midday on Sunday.

“Reports indicate that a large portion of a roof and surrounding structure had collapsed on shoppers. Medics assessed the scene and found that three people had sustained minor injuries and were treated on scene.

“An adult female believed to be in her early thirties had sustained serious injuries and was treated on scene before being flown by Netcare 911 helicopter to a specialist facility,” said Herbst.

Township school a danger to its pupils as ceiling collapses

One of the oldest schools in Mamelodi is in a dire state of disrepair which has sparked fears among parents after a ceiling board fell on a grade 6 ...
News
4 months ago
Next Article