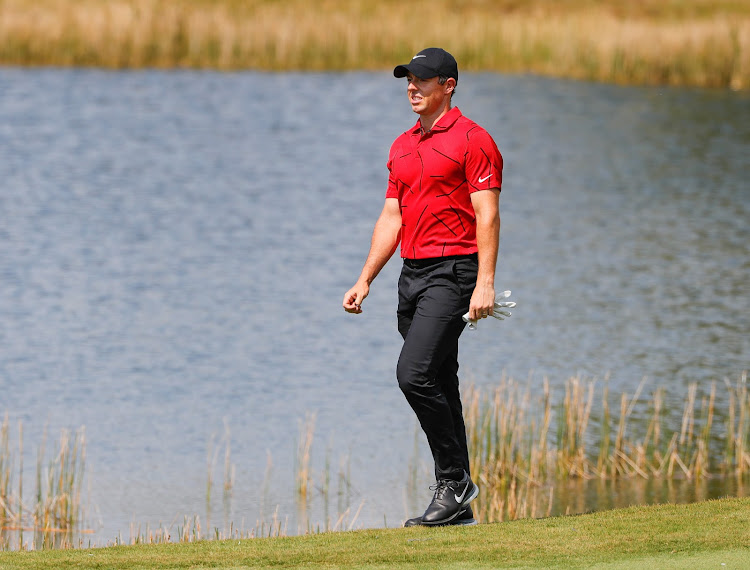 Rory McIlroy walks to the second green wearing red and black honoring Tiger Woods during the final round of World Golf Championships at The Concession golf tournament at The Concession Golf Club in Floridaa on February 28 2021.
Image: Mike Watters-USA TODAY Sports

Tiger Woods offered a heartfelt thanks to his fellow golfers for their tribute on Sunday, where many donned the 15-time major champion's signature Sunday red and black for the final round.

Woods suffered a car accident on Tuesday and was being treated at Cedars-Sinai Medical Center in Los Angeles with a fractured right leg and a shattered ankle, calling into question the future of the 45-year-old's historic career.

"It is hard to explain how touching today was when I turned on the TV and saw all the red shirts," Woods said in a Twitter post shortly after the conclusion of the World Golf Championships event in Florida.

"To every golfer and every fan, you are truly helping me get through this tough time."

With his win on Sunday, rising star Collin Morikawa joined Woods as the only two golfers to win a major championship and a World Golf Championship event before turning 25 years old.

Morikawa, 24, took time after his victory to thank Woods directly.

"Tiger means everything to me," Morikawa said.

"He had the crash and thankfully he's alright and hopefully he has a quick and great recovery, but I don't think we say thank you enough.