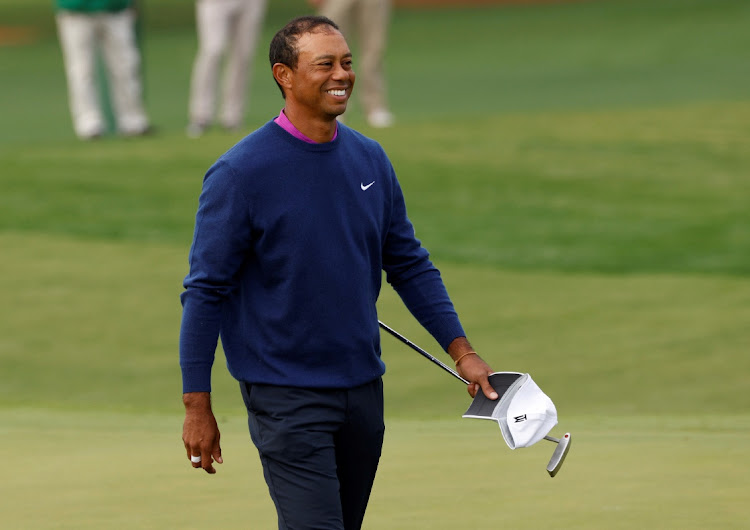 Tiger Woods' car accident cast a shadow over the World Golf Championships (WGC) event in Bradenton, Florida, on Wednesday, as the players prepared for the tournament.

Fifteen-time major winner Woods was awake and responsive on Wednesday after a car crash the previous day in Los Angeles in which he suffered "multiple leg injuries," according to Harbor-UCLA Medical Center, where he underwent surgery to stabilize compound fractures of his tibia and fibula.

The horrific accident stunned the world of professional sport, with some commentators speculating as to whether it could end the career of the greatest golfer of his generation.

"It's a terrible situation, you never want anything bad to happen to people," said world number one Dustin Johnson, who found out about the accident while playing on the back nine of the Concession Golf Club. "Obviously (I) hope for a speedy recovery."

Fourth-ranked Xander Schauffele told reporters he practised with a "sombre" group on the putting green on Tuesday, and was working to stay focused ahead of the first round on Thursday.

When Tiger Woods made his professional debut in 1996, he quickly built a successful golf career with over 106 worldwide wins. Here are some ...
S Mag
9 months ago

Woods, an 82-time PGA Tour winner, had hoped to compete in the upcoming Masters, the site of his epic career comeback, where he broke an 11-year major drought in 2019 after undergoing numerous surgeries.

"There's so much speculation right now, and I hate speculating, but I would really hate to see that if he wouldn't be able to play golf again," said Schauffele. "He's had some incredible comebacks and I think this would be, by far, the most epic comeback if he was able to come back and play golf again."

Four-time major winner Rory McIlroy said he was grateful that Woods' injuries were not life-threatening.

"It was really bad, he's very fortunate to be here," said McIlroy.

The 31-year-old from Northern Ireland, who will be grouped with 2017 PGA Championship winner Justin Thomas and American Max Homa in Thursday's opening round, said the players would remain focused on the competition.

"Of course we're all going to play a golf tournament and seem no different," said McIlroy. "It's obviously going to take a bunch of attention away from this golf tournament, but that's nothing to do with us."

Tiger Woods was hospitalized in Los Angeles on Tuesday with severe leg injuries suffered when his car careened off a road and rolled down a hillside, ...
Sport
9 months ago

Justin Thomas learned of Tiger Woods' single-car accident Tuesday while preparing for the WGC-Workday Championship at The Concession in Bradenton, ...
Sport
9 months ago

With the Masters just six-plus weeks away, Tiger Woods said on Sunday that he isn't certain he will be ready to play in the event, the year's first ...
Sport
9 months ago
Next Article