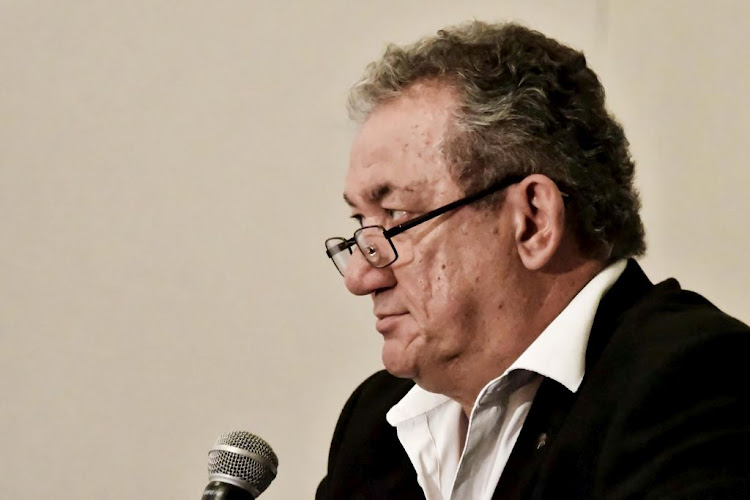 The SA Sports Confederation and Olympic Committee (Sascoc) board has refused to lift the suspension of acting president Barry Hendricks, despite his victory in arbitration.

The executive said it was still looking into disciplinary action against Hendricks.

The board announced its decision in a statement on Thursday night, more than 30 hours after the arbitrator had ruled he could find no evidence to support Ntambi Ravele’s claim that Hendricks had acted unethically and unlawfully by conspiring to block her nomination to the Sascoc elections.

The board had placed Hendricks on mandatory leave in mid-April after advocate Elizabeth Baloyi-Mere had found Ravele had a case to take to arbitration.

“She [the advocate] further made factual conclusions on Hendricks’ conduct and ethics,” the board said in the statement.

Barry Hendricks has won the battle but not the war.
Sport
2 years ago

“The Sascoc board considered the legal opinion and resolved that Baloyi-Mere’s opinion and recommendations be adopted. The board then resolved to refer the finding contained in the opinion with regards to Hendricks’ conduct to its judicial body in accordance with the provisions of the Sascoc constitution.”

The board said it accepted the outcome of the arbitration.

“However, the investigation into Hendricks’ conduct based on the factual conclusions made by Baloyi-Mere, initiated by the board, has still not been concluded. As a result, Hendricks’ leave of absence will continue pending the conclusion of this investigative process.”

The board said it had been advised by the judicial body that it was “considering the award in relation to the investigation into the conduct of Hendricks and has undertaken to report to the board by the weekend”.

The three-month boardroom feud at the SA Sports Confederation and Olympic Committee (Sascoc) took a new twist on Wednesday when the organisation’s ...
Sport
2 years ago

Sascoc has until November to elect a new board or else it will be put under administration.
Sport
2 years ago