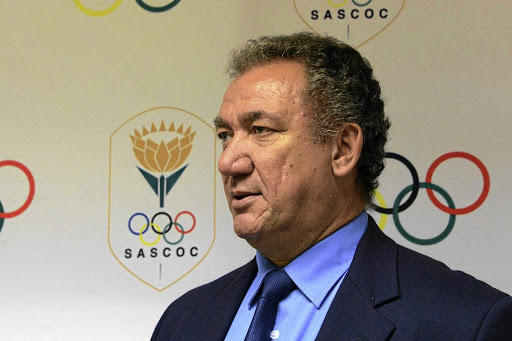 Barry Hendricks has won the battle but not the war.

After he won his arbitration against Ntambi Ravele on Wednesday, Hendricks will have to prove himself again to reclaim his position as acting president of the SA Sports Confederation and Olympic Committee (Sascoc).

Athletics SA president Aleck Skhosana is still the acting president. The SA Olympic sports movement did not recognise Hendricks as acting president because he still has an internal investigation pending against him.

It is now going to be a new battle between Sascoc and Hendricks as he fights for his career.

"We wrote a letter on Wednesday to Sascoc with my legal team that I will be returning to work," Hendricks told Sowetan yesterday.

"We've subsequently received another letter now from the Sascoc legal team. This legal team is the same as my biggest opponent in the elections and that's Aleck Skhosana. Athletics SA's lawyer is now acting on behalf of Sascoc.

"We received a letter from them on Wednesday, saying that I will now be handed over to the so-called judicial committee chairperson for further investigation."

The three-month boardroom feud at the SA Sports Confederation and Olympic Committee (Sascoc) took a new twist on Wednesday when the organisation’s ...
Sport
2 years ago

Sascoc has until November to elect a new board or else it will be put under administration.
Sport
2 years ago

Hendricks said he wanted to return to work as early as yesterday but Sascoc blocked that from happening.

"As far as I'm concerned, the suspension is supposed to be lifted.

"But we want to do things properly. We don't want anything to be done incorrectly so we are just being patient on that," he said.

"I would have loved to start working with Sam Ramsamy to ensure that the elections take place as soon as possible but now with this new letter from them it will be difficult."

Sascoc CEO Ravi Govender could not be reached for comment yesterday but he previously told Sowetan that they will look at Hendricks's internal investigation of conduct after the arbitration.

"The arbitration is different from Sascoc investigation. Once we are done with our investigation we will state the way forward," Govender said.

Meanwhile, Ravele said she had studied the outcome from the arbitrator with her legal team and she was still in the process of deciding the way forward.