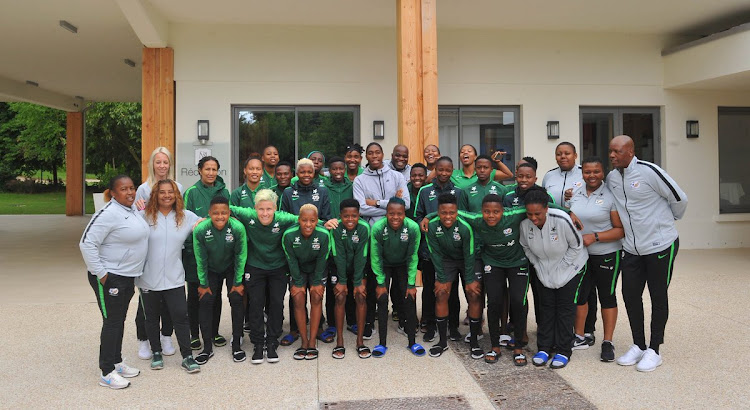 Caster Semenya visited Banyana Banyana in France and wish them well ahead of the clash with China tomorrow.
Image: TWITTER/BANYANA BANYANA

Fresh from cruising to a 2000m victory at the Meeting de Montreuil on the outskirts of Paris on Tuesday evening‚ Caster Semenya cooled down after the gruelling race by visiting Banyana Banyana in the heart of the French capital on Wednesday.

Banyana are in France participating in a maiden Fifa Women’s World Cup.

The SA senior women’s national team were on a sight-seeing exercise in Paris on Tuesday as they took a break from routine training when Semenya joined them.

The team looked energised in the presence of the undisputed world 800m queen and Olympic champion as they took turns taking selfies with the athletics icon.

“I thought I should come here and show them that we are behind them all the way.

"If I can win so can they‚” said Semenya.

Banyana were unlucky as they went down 3-1 to Spain in their tournament opening match on Saturday.

Desiree Ellis’ charges are preparing for their meeting with China on Thursday in their second ever match in the women’s World Cup and Semenya said she stopped by to show support to the side.

“They must go out there and fight as a team.

"Being here is a token of appreciation from me to them‚” Semenya told Banyana’s media team in Paris.

Semenya is a woman of many talents.

She told Sunday Times she harbours hopes of playing for Banyana one day.

She grew up playing football with boys and said‚ had it not been for her athletics career‚ she would have tried her luck on the football field with Banyana.

“I’m a footballer naturally. That’s where I started.

"If I get an opportunity to play‚ I’ll play‚” Semenya said at the time.

"Unfortunately at the moment I’m still focused more on my athletic career.

"When I have time‚ of course I’ll join them.”