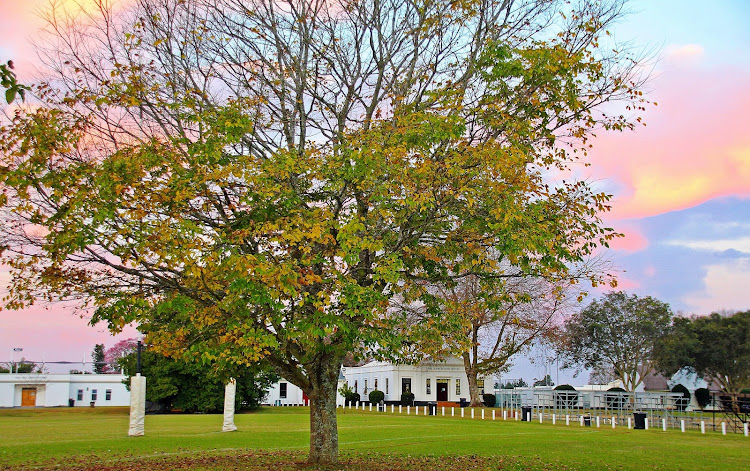 'Our boys are at risk. Most social parties our boys frequent have both alcohol and recreational marijuana relatively freely available,' says the headmaster of Hilton College, the country's most expensive private school.
Image: Hilton College via Facebook

More than 20 Hilton College pupils will be punished, but not expelled, for buying and smoking dagga, the school confirmed on Tuesday.

One pupil, who is alleged to "be more involved more acutely as a distributor as well as a user", has been suspended.

And a member of the school’s leadership team has "withdrawn" voluntarily as a pupil at the school because of his position.

Marketing director Pete Storrar told SowetanLIVE that the boy had not been formally expelled.

"His parents elected to withdraw him. Hilton College will work with the family to ensure that he gets a good matric but a decision on where he will write exams has not yet been finalised."

Headmaster George Harris alerted parents to the issue in a letter last week, advising that there would be an amnesty period for those involved and those who confessed would be treated more leniently. Twenty-four boys are facing punishment.

More than 20 Hilton College pupils will be punished‚ but not expelled‚ for buying‚ selling and smoking dagga‚ the school confirmed on Tuesday.
News
2 years ago

In an updated correspondence to parents on Monday night - which was sent to TimesLIVE in response to a request for comment - Harris said the boys needed to know that the school would not tolerate any form of substance abuse.

Referring to a ruling by the Constitutional Court last year, decriminalising the use of dagga for personal use, Harris said the school would not deviate from its approach in spite of "misleading media reports" on the issue.

"Our boys are at risk. Most social parties our boys frequent have both alcohol and recreational marijuana relatively freely available."

He said amnesty had been offered "in the interests of finding a lasting solution".

"This was a unique offer given the circumstances we faced (allegations rather than firm proof) and it will not become a regular occurrence. I emphasised to the boys that in the normal course expulsion is the outcome for those involved."

He said the boys' usage ranged from once-off experimentation to use on one or two occasions, to use on multiple occasions.

Those who took part in the amnesty process would be punished appropriately. "Boys who were implicated but who did not come forward and claim the amnesty will now be subjected to our normal disciplinary processes and procedures," said Harris.