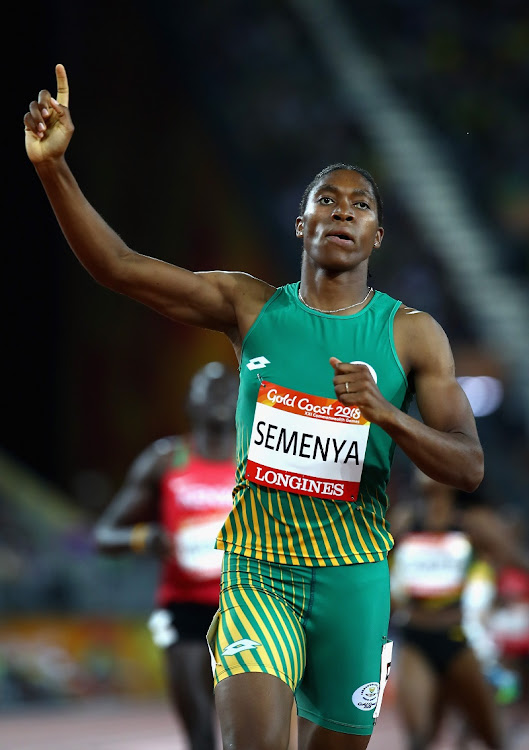 The news on Monday that Caster Semenya will be allowed to compete freely again was a piece of information that South Africans could not have asked for.

Our golden girl of the tracks was given a reprieve after the Federal Supreme Court of Switzerland ordered the IAAF - athletics world governing body - to suspend its controversial female eligibility regulations that affected Semenya.

The news lifted our spirits after South Africa was sent into a state of despondency at the weekend following depressing performances by our national teams.

The Proteas were pathetic against Bangladesh in their cricket World Cup match, while Banyana Banyana were no match for Norway in their final preparatory World Cup match, and hosts Bafana Bafana were booted out of the Cosafa Cup by minnows Botswana.

The under-23s were as equally pathetic in their World Cup in Poland when they suffered a first-round exit from the showpiece.

While we were still trying to make sense of what was happening with our so-called national teams, the Swiss Supreme Court lifted us from the state of hopelessness with the welcoming news.

Before the court order, Semenya was left in the lurch but now she has a chance to compete at two Diamond League races this month.

Semenya got the reprieve after she appealed the much-maligned Court of Arbitration for Sport decision to allow the IAAF to implement its female eligibility regulations which require athletes with difference of sex development to take medication to lower their high levels of naturally occurring testosterone.

The order is temporary, though, as the Swiss court will issue another ruling on the continued suspension of the regulations after the IAAF lodges its submissions.

But the IAAF's continued bid to sideline Semenya will not deter us from fighting for our world champion.

Semenya deserves respect and not insult from the IAAF for what she did for the sport.

As Semenya prepares for the Diamond League, we say: continue to show your competitors a clean pair of shoes. Also, do the same to your detractors and naysayers.