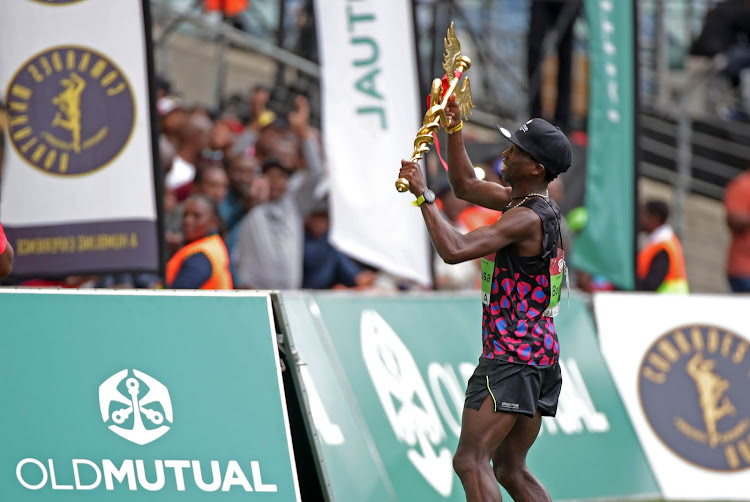 Bongumusa Mthembu celebrates at the finish line at the Moses Mabhida Stadium in Durban after winning the 2018 Comrades Marathon.
Image: Chris Ricco/BackpagePix

The Comrades Marathon next month will be broadcast on SABC, after all.

Athletics South Africa (ASA) president Aleck Skhosana said his organisation had concluded a deal with the national broadcaster which would see at least three road races being televised — the Comrades, the Cape Town Marathon and the Soweto Marathon.

The two organisations, however, are still negotiating a three-year deal for 2020, 2021 and 2022, which could see the Two Oceans Marathon and the national track and field championships returning to SABC platforms.

Neither were broadcast this year, causing fears that the iconic Comrades event might not be seen by TV viewers.

TV is a major factor in securing sponsorships for events.

“As ASA we look forward to further negotiations with the SABC for a three year contract, which will look into Track and Field events under ASA,” Skhosana said.

Asked if ASA was happy with the deal, Skhosana declined to comment saying the agreement was confidential. “You know SABC are in trouble, but we have signed a contract,” he added.

Previous deals between the ASA and SABC are believed to have been in the ballpark of R10m a year.