Minister steps in to avert TV blackout of Comrades 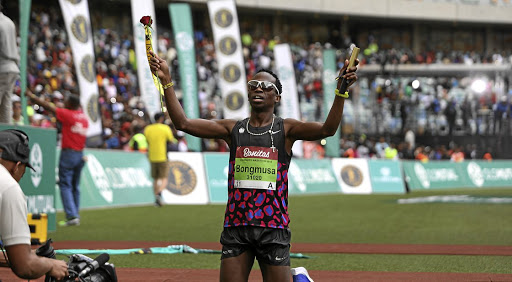 Sports minister Tokozile Xasa has stepped into the contractual dispute between Athletics South Africa (ASA) and the SABC in a bid to prevent a broadcast blackout of the Comrades Marathon in June.

Fears of a broadcast blackout escalated after discussions between ASA and the SABC failed to produce a breakthrough, leading to the Two Oceans Marathon not being shown on TV at the weekend.

This led to Xasa issuing a warning to the parties to find common ground and avoid denying South Africans the opportunity to watch major national sporting events on television.

"We are convening a meeting with ASA and we will be talking about everything because these things also threaten their championships," Xasa said.

"This is not good for them [ASA] and the SABC. Therefore, our intervention is because this situation impacts on the people of South Africa.

"That is where we come in to say 'where can we help [you] to find common ground?"

The minister explained: "The Two Oceans is listed among the events to be broadcast in terms of the SABC [mandate]. There was nothing that could be done [to prevent the blackout] because it was [at] such short notice."

"They [ASA] will come to meet the minister about this issue, to engage and see what could be the potential solution," Moemi said.

There was double joy for South Africa at the Two Oceans Marathon with Bongumusa Mthembu winning the ultra leg of the men’s section and Gerda Steyn ...
Sport
3 years ago

"You have Old Mutual and all of them... there are going to be issues pertaining to what is contained in those contracts. The situation may even get worse because there may be terminations.

"I had agreed to see the chief executive of ASA [on Tuesday] but we are running late because of the press conference [to announce the Eminent Persons Group on Transformation in Sport report on the same day] to try and see what progress and compromises could be made.

"Equally, this situation is unfair on the part of athletics because they would have normally gotten so much for this thing and the SABC says we can't broadcast the event.

"It is becoming apparent that SABC Sport is under threat from all types of contracts."

Xasa said they were caught by surprise by the SABC's failure to broadcast the Two Oceans Marathon, only learning about it in the news.

"ASA did not even have the courtesy of informing us until we picked it up in the news and we had to call them," said the minister.