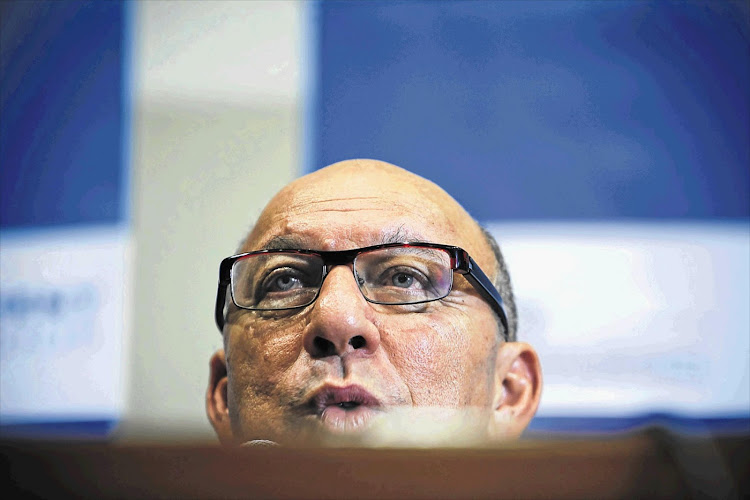 Trevor Manuel is suing the EFF, its leader Julius Malema and its spokesperson Mbuyiseni Ndlozi for defamation.
Image: Lauren Mulligan

The EFF uses language which is "open to criticism as being heavy-handed, inelegant, unfair, overly critical or even insulting".

The party accused Manuel in a media statement in March of nepotism and corruption in influencing the appointment of the new Sars boss Edward Kieswetter.

Manuel chaired the selection panel which conducted interviews for the new Sars commissioner. He recused himself during Kieswetter’s interview because Kieswetter was Sars deputy commissioner while Manuel was finance minister.

"My engagement with Mr Kieswetter was thus an arms-length, professional relationship. As the published report records, Mr Kieswetter and I have remained on friendly terms. That is the extent of our relationship," Manuel said.

Manuel said in his court documents he had recused himself "out of an abundance of caution".

"There was no reason for me to have recused myself from participating in the other stages, some of which were largely dispassionate, such as the competency and psychometric testing."

Malema argued that Manuel's participation in other parts of Kieswetter’s application showed the former finance minister "actively participated in the assessment process of someone that he himself admits to having a personal relationship with".

New SA Revenue Service (Sars) boss Edward Kieswetter wants nothing but to focus on his job‚ as the EFF plans to do everything in its power to reverse ...
News
3 years ago

Malema said they issued the media statement after a source informed them Manuel and Kieswetter were relatives.

Malema defended their statement, arguing Manuel and Kieswetter were related because they "enjoy a personal relationship or friendship" which he believed in turn justified the use of the word "nepotistic".

Manuel hit back, arguing that a reasonable reader would deduce from the use of the words "relative" and "nepotism" in the statement that there was a familial connection.

Malema also defended the statement, arguing that the scrutiny of government and state institutions was necessary and was "heightened during the Zuma presidency".

"The recent revelations at the state capture commission of inquiry are but one example of the need for greater public oversight and accountability of state institutions."

Manuel wants the EFF to remove the statement, which is still published on several platforms.

"These are very serious charges. I cannot have these false accusations hanging over my head … They undermine a reputation I established over a lifetime of service to South Africa."

Manuel argues that if Malema wants to enjoy the defences reserved for the media, such as unknown sources, those standards must be applied across the board, including the right of reply.

The matter was postponed to May 14.