Lunch with a king as new factory opens 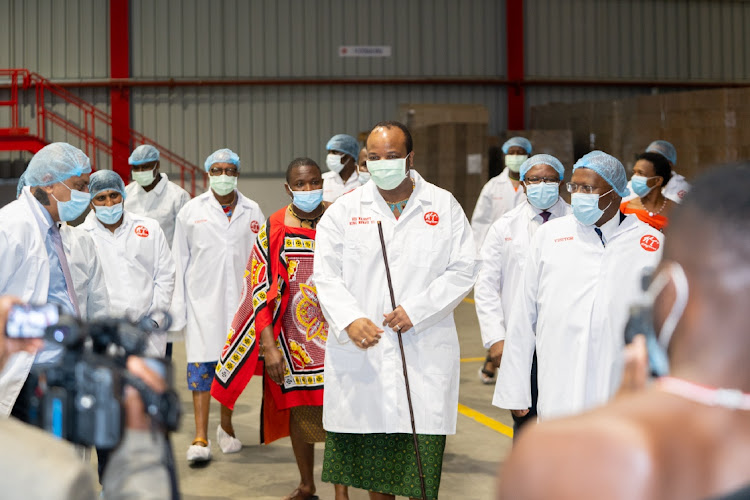 King Mswati III at the official opening of the Kellogg Tolaram factory in Eswatini.
Image: Supplied

It’s not every day that one is invited to lunch with a king. So when Kellogg sent an invite for me to travel to Eswatini for the opening of its Kellogg Tolaram’s Noodles factory at Matsapha industrial site in the Kingdom of Eswatini, I had my bags packed at lightning speed.

King Mswati III was to officially open the factory, which was built during the height of the Covid pandemic in April 2020 and production started in February of 2021 – a record build for the country. A near impossible feat as most countries were locked down and some building supplies were in scarce supply.

“We were fortunate that the government of Eswatini encouraged construction to happen,” says Zandile Mposelwa, corporate affairs director at Kellogg.

Kellogg Tolaram entered into a partnership with the government of Eswatini in 2019.

“So when we manufacture food we understand what raw materials we need, flour etc... we source 65% of the raw materials locally in Eswatini, the rest we import. The sourcing decision is guided by availability in terms of the capacity we need and the specifications we’re looking for,” says Mposelwa. 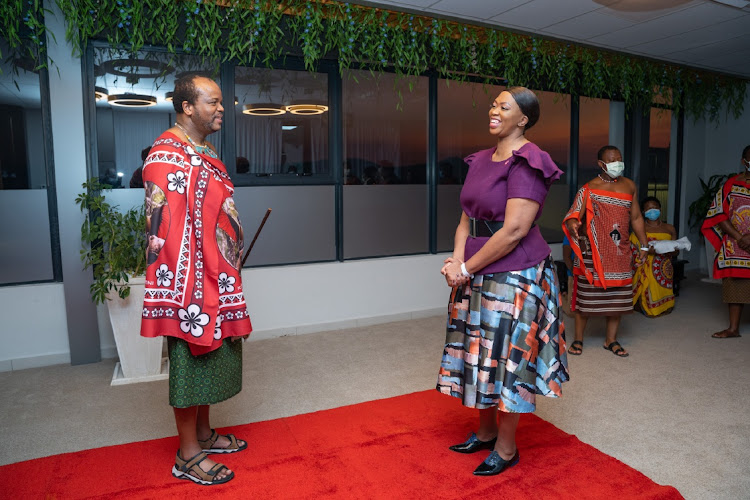 The rest of the suppliers are in SA and Mozambique.

Besides the employment created when the factory was being built, it has created 221 jobs for the people of Eswatini and according to His Majesty King Mswati III, this number has increased the number of jobs created in the last three years to 18,000 opportunities, which is a huge coup for the two million strong nation.

“We have ambitions to grow in Africa, so when in 2015, Kellog and Tolaram formed a joint venture it was precisely to accelerate that growth. We now have got production facilities in Nigeria, Egypt, obviously SA, and now Eswatini. Eswatini is a member of COMESA, that means it’s part of the free trade zone, which allows us to export our noodles to more African countries. That means, from an export perspective, it makes it easier to export from here,” Mposelwa says.

The unemployment rate in Eswatini was projected to reach 24% by the end of 2021, so this factory is a much-needed injection to the economy. The factory has introduced new skills to the country, that of noodle making etc. The stakeholders say that this is part of more development they’ll bring. In the future there will be more community development initiatives once the business has "settled". 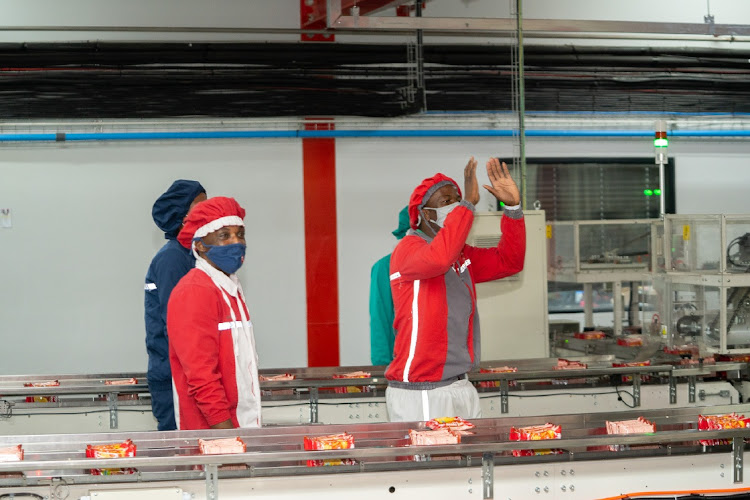 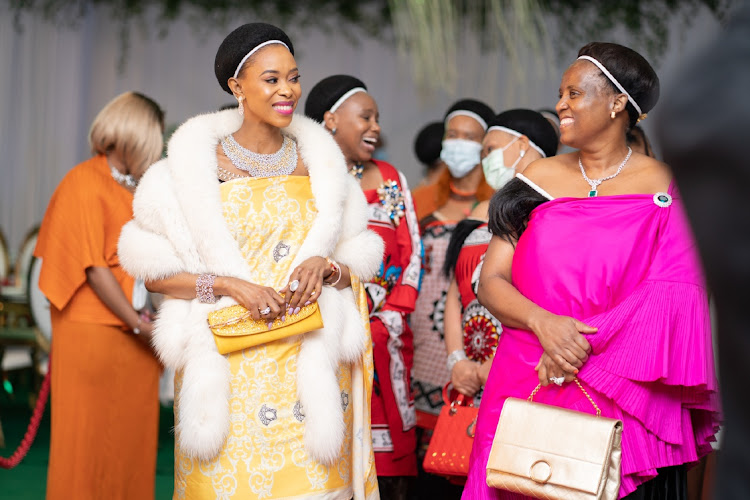 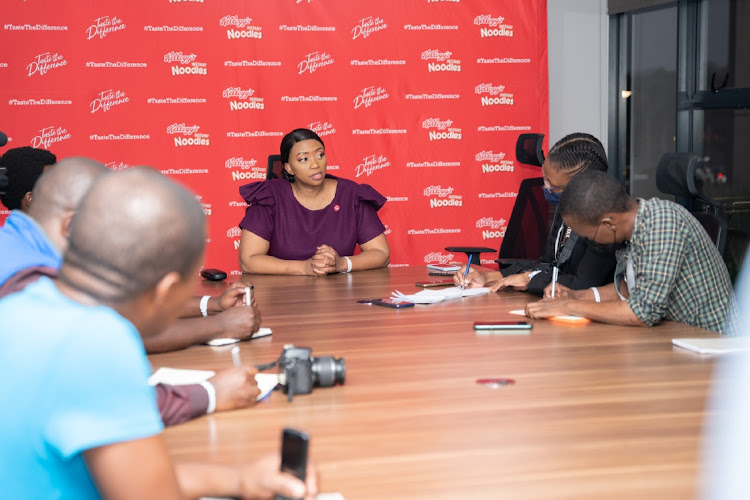 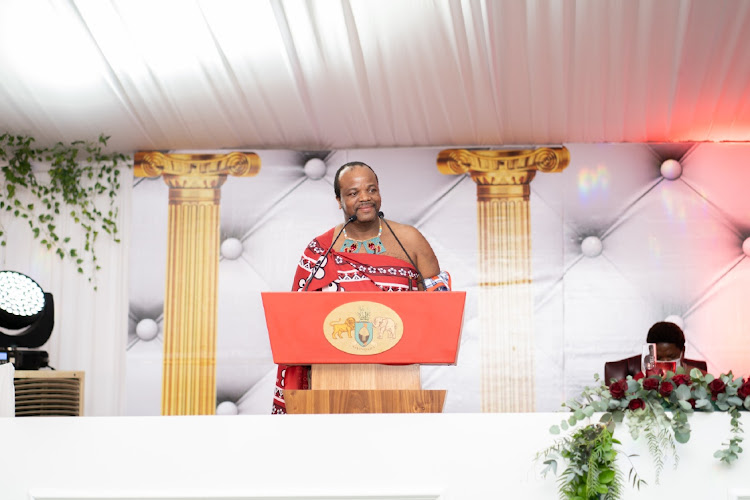 The king arrived to the sounds of the police marching band with his security team. As his white Rolls Royce limousine approached, a group of men dressed in traditional attire started to sing his praises; this was to be the music we would hear until the king signalled for silence.

Prior to his arrival we had witnessed the arrival of a few of the royal wives, two of them in a custom baby pink and caramel Rolls Royce. Having never been that close to royalty before, it was an experience. If not for the king's grand arrival, one would assume that he’s just a friendly middle-aged man at a business function. A man of moderate speech, it’s those around him who appear kinetic as he moves forward with the certainty that nothing will be in his way.

During his official speech he regaled the attendees of the lunch with anecdotes from his time in London as a student. He also said he would be dropping into the factory from time to time to check on a tree he planted as part of the opening ceremony proceedings. He also commended the builders, Kellog Tolaram, on being environmentally conscious. He then christened the factory Sibebe. It is named after the naturally occurring granite formations found in the eastern borders of the capital city, Mbabane.

“This is because this factory is here to stay and serve as a rock that adds value locally by operating a much-needed manufacturing facility in the kingdom,” he said.

It was a shock to this journalist to note that anything the king touches was picked up by his entourage and taken with them when they leave. The coat he wore during his walkabout in the factory and the rest of the PPE he was wearing was folded and reverently escorted to be put away in one of the security vehicles.

Also, during all speeches, speakers addressed him and spoke to him solely. It was an interesting glimpse at something new. The women were in dresses and skirts, not a single pair of pants in sight. It was also a shock to glimpse a gun holster on the waist of a demurely clad woman, whom I’m assuming was security as she was travelling with the royal wives and princesses.

We’re always looking for ways to enjoy scrumptious, healthy food. Over the years more and more people have been looking to make changes in their ...
S Mag
1 month ago

The chefs at Capsicum Culinary Studio have shared the recipes of the favourite dishes they most remember their moms whipping up for them.
S Mag
1 month ago

It’s meatless Monday. If you are looking for some dinner inspiration, we got you.
S Mag
1 month ago

Private chef Pule Seshemane says the kitchen in his family home is his favourite place, as he likes to experiment there.
S Mag
2 months ago

Your friendly neighbourhood foodie is back to help you with some recipes for Easter.
S Mag
2 months ago
Next Article