Whether playing Lumka Dlomo in Generations or directing Desmond, the auteur is one of Mzansi’s most precious gems 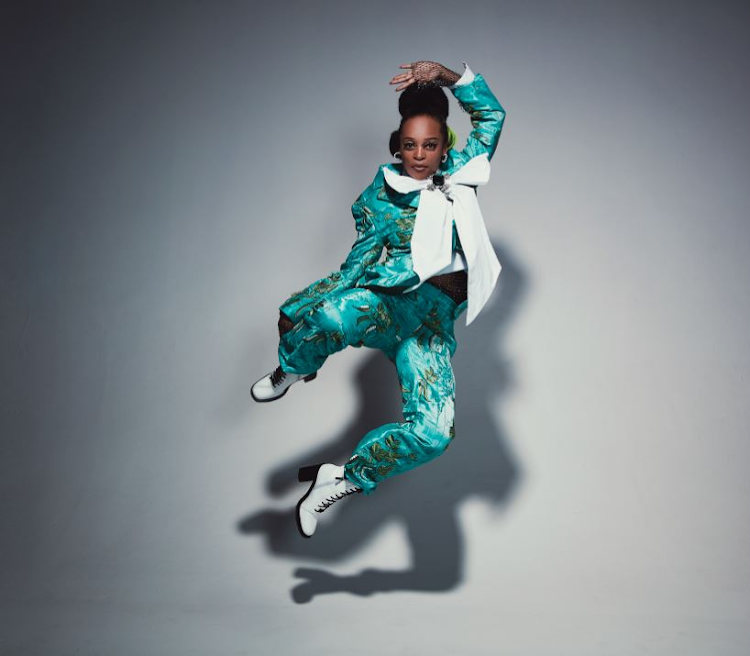 Much like a pink diamond, Mmabatho Montsho is a rare breed — stunningly natural with a spellbinding mystique. The fancy precious gem, known for its scarcity, is highly valuable. And Montsho’s contribution to the arts is exactly that — greatly cherished.

Yet despite making all the right Hollywood moves, Montsho is as grounded as ever. When I ring her one random afternoon, asking if she will grace the cover of SMag, she doesn’t hesitate. In the days that follow she’s eagerly involved in all the photo-shoot planning.

At one stage, she suggests via email that we play around with surrealist fashion as one of our style themes. That idea has to be scrapped at the last minute on the day of the shoot, but Montsho doesn’t throw her toys.

She has flown from Cape Town to Joburg the day before specifically to take part in the fashion spread. Cape Town is her temporary home, where she’s working on a mysterious TV project.

When I ask her about it, all I can get out of her is that she’s writing and directing for the production. She remains tight-lipped on set, only laughing as I play guessing games. Let’s face it, a large pool of productions shoot in Cape Town, which is the premier film location in Africa. Even Viola Davis, John Boyega, and Thuso Mbedu just filmed their movie The Woman King in the Mother City. 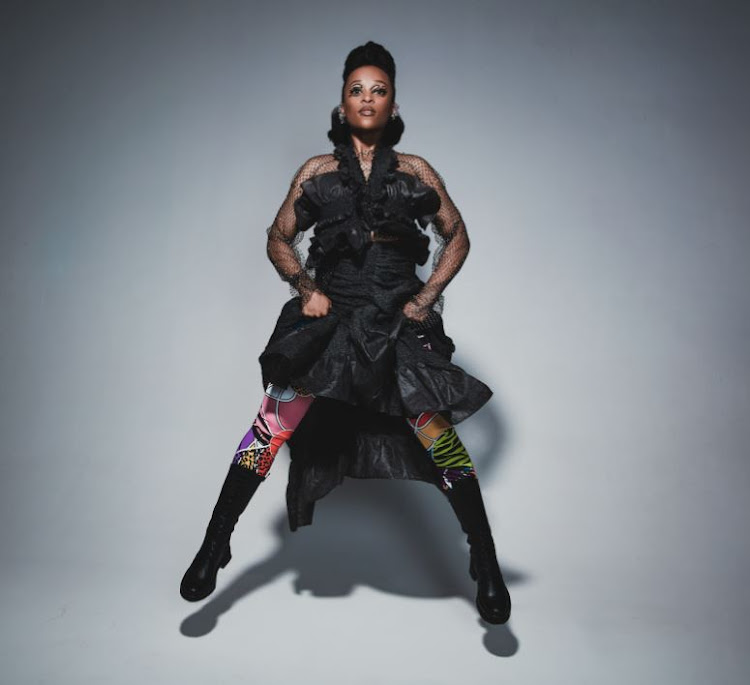 Her older sister Refilwe Montsho, a mirror image of Montsho, rocks up on set while she’s in makeup. Refilwe, a contemporary dancer, agrees that her sister has always been a rare breed.

“It is almost impossible to be around her and not be inspired by her grit. I think a lot of people would agree that she sets high standards for herself,” Refilwe says. “Mmabatho cares a lot about other people, those in her personal life, and the country at large. She is not impressed by bigotry and doesn’t mind the cost of standing up for what is right and what she believes is fair.”

In addition to Desmond, Montsho has also directed the films Joko Ya Hao and The Award Ceremony. She’s a role model for female filmmakers who doesn’t waste time preaching about the work — instead, she has shown countless times that women have every right to be behind the camera.

“Mmabatho is a force in her industry. She did not shy away from her passion for directing and writing, no matter the challenges,” Refilwe says. “Because of this, she has become an example for many South African young women who may have been afraid to pursue filmmaking.”

But does Montsho consider herself a role model? She chuckles and brushes it off when I ask her.

The biggest takeaway during my tête-à-tête with Montsho is that being a writer comes first, above all the other skills she has mastered.

When we catch up on the phone, Montsho is back in Cape Town. It’s just before 9am and she’s getting ready for another day of location scouting for her mystery project. She’s loved writing from a young age, but at first believed she was terrible at it.

“In school, we used to have those creative-writing projects. So let’s say they gave us an hour to complete it — it would take me 45 minutes trying to figure out what to say, then I had to write it in the last 15 minutes. So in that context, I realised early on that writing is a skill and not just having a great idea,” she says.

“I had an English teacher, Mrs Green, in high school, who used to encourage me a lot to write. One day, she pulled me aside to say she thought I had something and perhaps I should become a journalist. She validated that direction in my life.”

In 2011, Montsho completed a course in writing, editing, cinematography, and directing at the New York Film Academy. That’s where she got the training in scriptwriting she’d yearned for and things fell into place for her. Even when she started directing back home (Your Move!, in 2012), she always found herself in the writers’ room.

Later a National Film and Video Foundation female-filmmaker project saw Montsho successfully write and direct The Groom’s Place. This encouraged her to write more scripts. From there she was invited to write for a local drama, and she eventually decided to get her MA in scriptwriting from Falmouth University. 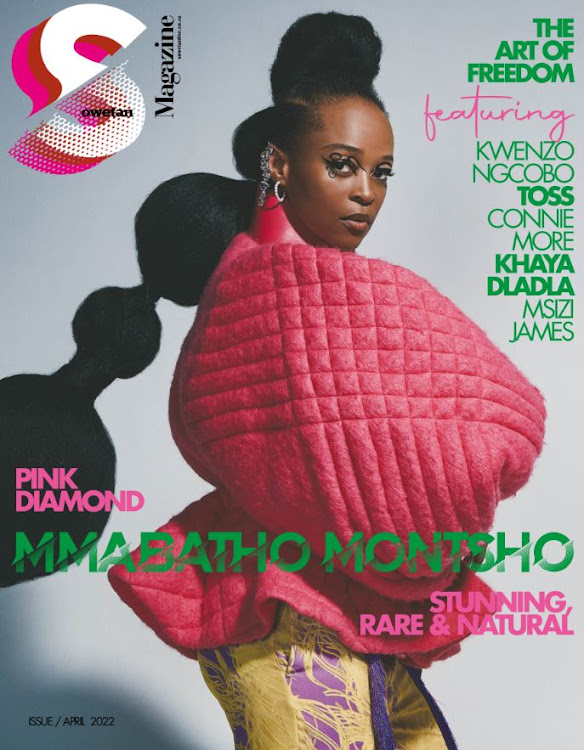 “My biggest freedom in art is writing. Even now, as I speak, I’m sitting in front of my laptop,” Montsho says.

“We are Black people that we can never divorce. I’m a woman, I can’t ignore that. It’s something I have to put to account even when I’m creating. So freedom is being able to live in the world as a human being and not as an ‘other’.

“Freedom, like love, requires courage. There is something very freeing about loving something deeply, whether it’s a person, an idea, or the work. I don’t know if a person can fully pursue any freedom without a deep sense of love. Freedom is not an easy thing to have or to pursue — for me, love is the fuel.”

Over a year ago, Montsho was offered the opportunity of a lifetime — to direct Desmond. Suttle Müller-Westernhagen had sent her the script and treatment. After going through it, Mmabatho thought it was brilliant and insisted that Lindiwe helm it instead.

Suttle Müller-Westernhagen explained that the project had won the 2019 HollyShorts Screenwriting Competition and that was why she had created those treatments for the script, although she didn’t want to direct it herself. Montsho revisited the project with a different eye.

“I fell in love with the sensitivity she brought to her short films The Award Ceremony and Joko. I knew she would be the best choice to tell my sexual-abuse story,” Suttle Müller-Westernhagen says. “One thing I learned for sure about Mmabatho is that she protects Black women and girls in her stories.”

The next hurdle was that Montsho had to fly to Seattle last July, where principal photography for the film took place amid lockdown travel restrictions.

“I spent about two weeks trying to leave South Africa. At one stage, I told Lindiwe, ‘I’m going to have to direct through Zoom.’ Luckily, I was able to travel,” Montsho remembers.

“So, I had to do my two weeks’ quarantine in Botswana. I don’t know how many flights I took before I ended up there. At one point, I thought I was connecting in Addis Ababa, but I woke up in Congo.”

As a result of all the travel delays, Montsho went straight to work as soon as she landed in the US, with no time to rest, since they only had three days to film.

“I’ve never gotten on a set and had to shoot immediately. I met everyone and everything on the day of the shoot,” she recalls. “But it felt right and everything fell into place. There was such a harmony between everyone — you would have thought they’d known each other for years.” 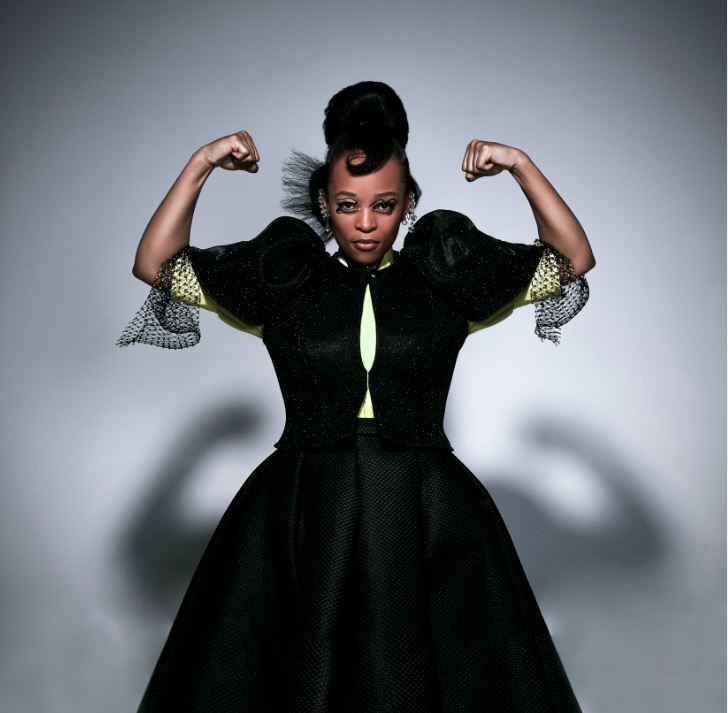 Montsho was also not fazed by directing Hollywood bigwigs. Merkerson is currently appearing on Chicago Med and also won an Emmy for her long-running role in Law & Order. Ross starred in The Chi, How to Get Away with Murder, and Lila & Eve.

“In my experience, those people are the best to work with. That’s why they are where they are.  It’s about the work,” says Montsho. “Epatha is clear, her yes is a yes and her no is a no. There is no space for misunderstanding. I love a direct person and we just clicked.”

The film is currently on a global film-festival run, and has already received an accolade for “best short film for change” at the Paris International Film Festival. Montsho is hoping the film will get its first local audience at a popular South African film festival in July. From there she’d love to do a public screening and get it on one of the streaming services.

“It feels validating when you get seen by your colleagues, who don’t even know you. They don’t know me as the girl who used to be in a soapie, it’s purely [based on] the work,” she says.

Many TV viewers fell for Montsho’s allure from her acting work. Garnering a large following for her role as Lumka Dlomo in Generations, she went on to star in Rhythm City, Happiness Is a Four-Letter Word, Jacob’s Cross, and Lockdown. But she doesn’t plan on making any acting appearances soon.

“It’s not top of my list. But if I were to create or get offered an amazing role, I’d do it. Acting was my way in. I love acting, but it’s not the apple of my eye,” she laughs.

Her goal is to be known as an auteur. We joke about the difficult pronunciation of the French word, which refers to an artist with a unique style and approach. I argue that she already is an auteur, but she begs to differ: “Not 100%. There is a side of me that enjoys collaborations. I love working on people’s brilliant ideas, coming in as a director or developing scripts for dramas. But, moving forward, I want to do more curated work. I want a body of work that speaks.”

Are you truly free to live your best life, like you always hashtag on social media? What does your freedom mean to you?
S Mag
1 month ago