I’m really comfortable in my skin, says Khanyi Mbau on being naked on TV 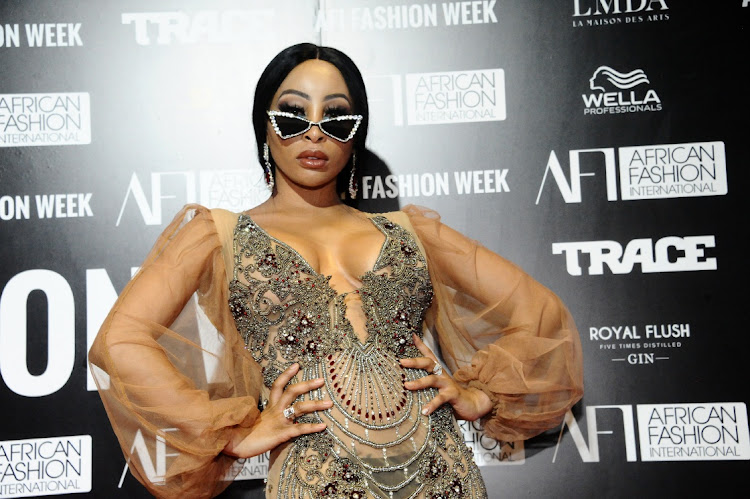 In episode 2, actor Khanyi Mbau, who plays the role of Zandile, will be bare breasted in a scorching love scene.
Image: Oupa Bopape

After a week-long hiatus, the show returns on streaming service Showmax today with brand-new episodes.

But first confession time, I was one of the few people at the premiere in Sandton who have never watched the show that has taken Mzansi by storm since last November. So my breath was taken away by the jam-packed nude scenes in the show.

Stop reading if you don’t want spoilers, but viewers will get intimate with leading man Kwenzo Ngcobo’s (Qhawe) hot butt in episode 1 of the new season. In episode 2, there is Khanyi Mbau’s (Zandile) bare breasts in a scorching love scene.

What a lovely introduction to the show. It was also hilarious to watch a sex scene with the actors in the same room because Ngcobo wanted to die with embarrassment as the room erupted into ear-piercing screams.

The new season centres around Zandile, who is fresh off prison and the wife of the older brother Nkosana (Makhoba). S Mag caught up with Mbau about going nude on-screen and her favourite Zulu brother.

How would you describe The Wife to someone who has never seen it like myself?

A taste of home.

Which Zulu brother do you think has the best swagger?

The only Zulu brother I'm exposed to is Nkosana. So I have to be biased and say it's him. It's the voice, man. Have you heard that guy’s voice?

What was the biggest challenge in playing Zandile?

Staying true to her journey and not imposing anything that reflects Khanyi Mbau.

What did Khanyi learn from Zandile?

Love and sacrifice are an ingredient to triumph.

If Khanyi could offer Zandile some advice, what would it be?

How different is Zandile from the other characters you have played before?

Zandile has an identity and a life that many can relate to.

Technical. We wanted it to read onscreen. I’m really comfortable in my skin.

Actor earns rave reviews for his role as Mqhele on The Wife.
S Mag
4 months ago

Actor has won TV viewers with his dazzling smile and stellar acting.
S Mag
4 months ago

The reality TV star is talented and had the range so necessary for this role, says show-runner.
S Mag
6 months ago

Her wish list includes acting in Hollywood.
S Mag
7 months ago
Next Article