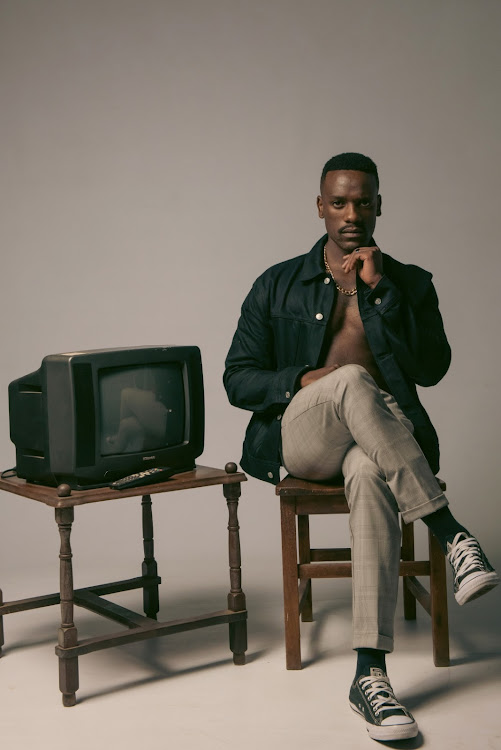 Actor Bonko Khoza is thrilled by his journey thus far in the television industry.
Image: Supplied.

If he’s leaving you screaming at the television when his face appears, relax, you’re not the only one because it seems like actor Bonginkosi “Bonko” Khoza has that effect on almost every girl – well, according to social media.

The actor notorious for his recent role as Mqhele Zulu on the record-breaking Showmax series The Wife, inspired by Dudu Busani-Dube’s best-selling novel series Hlomu the Wife, Zandile the Resolute, and Naledi His Love, has been receiving praises for his impressive multi-dimensional acting skills.

While this role has now helped to get him recognised by the masses, Khoza’s journey to the big time wasn’t easy.

“I was born and bred in the south of Johannesburg. I was quite an inquisitive child growing up... I always asked questions. I was also naughty, too.

“I first fell into the arts before I did acting. I was really good at drawing when I was younger, and because my teachers believed that I was talented, they advised that I got to the National School of the Arts (NSA) and hone my art skills. This was to prepare me to professionally become an artist one day,” the 31-year-old said.

However, during his time at NSA a close friend he referred to only as Merriam, who was studying drama, asked him to be an extra in a play she had been working on that was to be performed in front of judges. She told Khoza, who had no acting experience at the time, not to worry as the role of a prison warder didn’t entail much acting.

But just when he thought his first acting stint was going to be a walk in the park, it soon changed into an anxiety fest as the lead character didn’t pitch for the play’s opening night.

“At the very last minute, Merriam told me I had to play the part. I was so nervous but because I knew all the lines, I agreed. I went up on stage and did my thing. At the end of the festival, Merriam came up to me and told me I received an award with the lead actor’s name on it. A week later I received a new award written in my name.

“See, the opening night is where the judges come and scout for talent and award them, and after that nod from the judges, I knew I had something special, acting-wise,” he said. 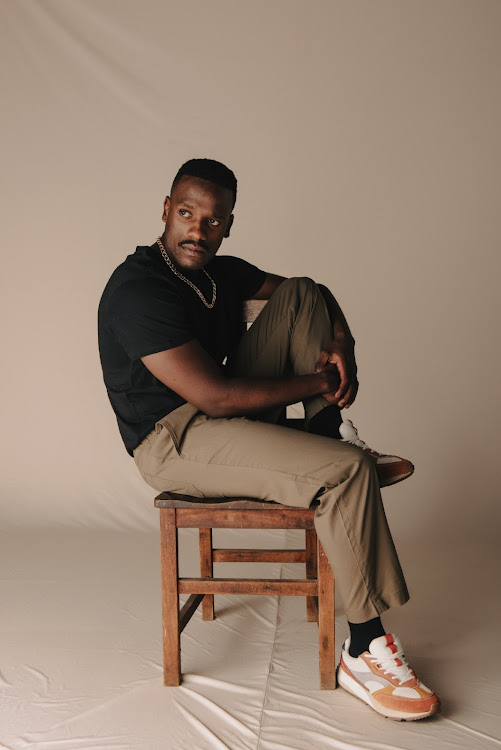 Though he received an award for his first attempt at acting, Khoza decided to pursue his dreams of becoming an artist by enrolling at Vega School Johannesburg to study graphic design. After a year at Vega he dropped out to study for a BA in design at the University of Johannesburg (UJ).

He only spent six months there before he dropped out again.

“The performance side of me has always been there... I’ve always had a love for the spotlight. Even after I left UJ as a student, I remained the school’s radio presenter for their graveyard [shift] for four years.

“When I wasn’t on the radio, I used to work as an MC at Makro – yeah, I was that dude on the microphone telling people what they can buy in the store... that experience crafted something in me,” he said.

After thinking long and hard about what he wanted to do with his life, the actor who was now approaching his mid-20s realised that acting was his true calling.

“That’s where I started booking voice-over gigs, which helped sustain me throughout my drama school years. While I was still honing my acting skills, I was then asked by my agency to audition for an ad in which I opened the window of how the life of an actor was.”

This experience made Khoza work hard at perfecting his acting skills which saw him act on several productions such as Necktie Youth, Beautifully Broken, Roots, Cabin Fever and Territorial Pissings.

What are your all-time favourite movies: Interstellar, Dark Knight Rises, The Road, Moonlight and The Master

“I have never played a character that already exists. I’ve always played characters where the audience would only experience my interpretation of it, but with Mqhele there’s the pressure of association, people already know him.

There were little to no similarities so I had to method act to connect the dots because our worlds don't collide at all.

“Fame is elusive for me, I never know what it's based on. I've always had this very strong conviction that if I were to ever be famous it would be for excellence. I am a combination of everything that I have been through. I still have the rap energy seeing that I was a rapper back in high school, the fine art poetic demeanour and the hustler in me that never wants to go hungry. So, Mqhele and I are very different but in a sense quite the same.”

The thespian is set to showcase more of his acting skills as a lead on the new SABC1 romcom series titled 13 Weeks to Find Mr Right, which debuts on February 6. He will play the role of Zakhele.

Nokuthula Mavuso prides herself on her love for her craft and longevity.
S Mag
4 months ago

Actor has won TV viewers with his dazzling smile and stellar acting.
S Mag
4 months ago