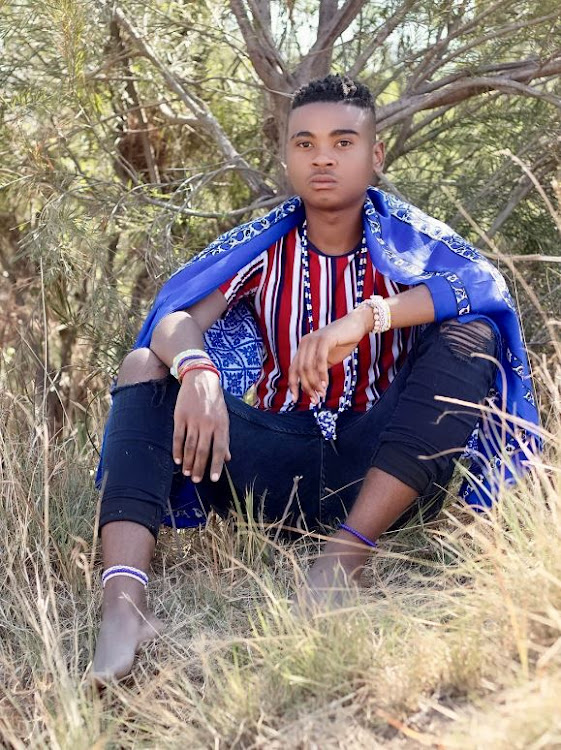 Drip Gogo talks about the reasons why he infuses his spirituality into his music.
Image: Supplied.

Drip Gogo has dubbed his sound "spiritual amapiano". He is currently setting airwaves on fire with his feature on smash hit Iyamemeza by DJ Sumbody.

He just got started and plans to further set dance floors ablaze with his upcoming collaboration with TV and radio personality Lerato Kganyago.

Born Nhlanhla Moqhayi, the 22-year-old traditional healer from Emalahleni, Mpumalanga, says it's crucial to always infuse his African spirituality into his music craft.

Sowetan first got to know the newcomer when he caused a stir on Date My Family in late March.

Since then his music career has taken off and Drip Gogo is currently signed to DJ Sumbody through a joint venture with Sony Music. He details how Iyamemeza changed his life.

How has the last couple of months been for you?

Musically, I have been meeting a lot of musicians, working on collaborations – everything has been amazing. Things are flowing, they are working out according to how I had anticipated them. I’ve always been the type of person who believed in my craft and pushing it and being a hard worker has made me merge with different people for the good of making memorable music.

What has been your highlight so far?

Iyamemeza was performed on Idols SA and was also chosen as a song choice. Imagine a big platform such as that putting my song on. This song got dropped four months ago but to see it receiving such love is mind-blowing.

Another highlight is Iyamemeza going gold after only being professionally in the game for four months. I’ve collaborated with Lady Du and I’m dominating DJ Sumbody’s album Piano Ibiza. I’m also working on something with Kabza de Small. A lot has been happening these past couple of months.

How has Iyamemeza changed your life?

Iyamemeza is one song that has opened a range of opportunities for me. It has actually reached where I never thought it would reach. It’s being played outside of SA and has been receiving some love in Europe. 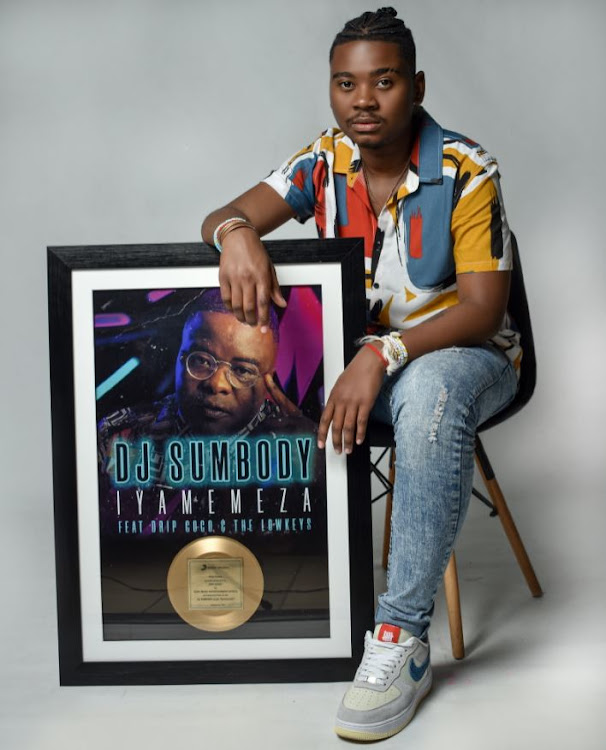 Seeing that you have a song with Kganyago coming out, describe the song for us?

It’s a spiritual amapaino song... I have a belief that my music stems from my ancestors, so the song will have a spiritual appreciation to our linage.

Are you working on new music with Sony?

Yes, my first ever single will be dropping soon called Ayavuma which features DJ Sumbody and the Lowkeys. It will be released between the end of the month or mid-November.

The song is about how the ancestors have finally agreed and blessed all that I have done. I remember how I said that actually, ‘this year is my year’ and it definitely is.

Are people ready for your "spiritual amapiano"?

Yes, for the past couple of months, people have received and accepted me. It's a blessing. When something has called you and you do exactly what you’ve been called for despite the negative reception on [African] spirituality, there is always a margin of people who will validate your craft.

I know that not everyone is into spirituality but the way I make my music I always look for a balance in order to grab the attention of those who are not quite informed about ubungoma [divination] because at the end of the day we’re not supposed to discriminate each other but rather educate one another on such issues.

Spirituality and meditation are at the core of what media personality Dineo Ranaka is often known for but her ancestral calling is her apex, which ...
S Mag
2 months ago

I used to suck my thumb, says new Miss SA

It's been a long journey to the crown, says KZN beauty Lalela Mswane.
S Mag
1 month ago
Next Article