Citizens free to vote for whoever 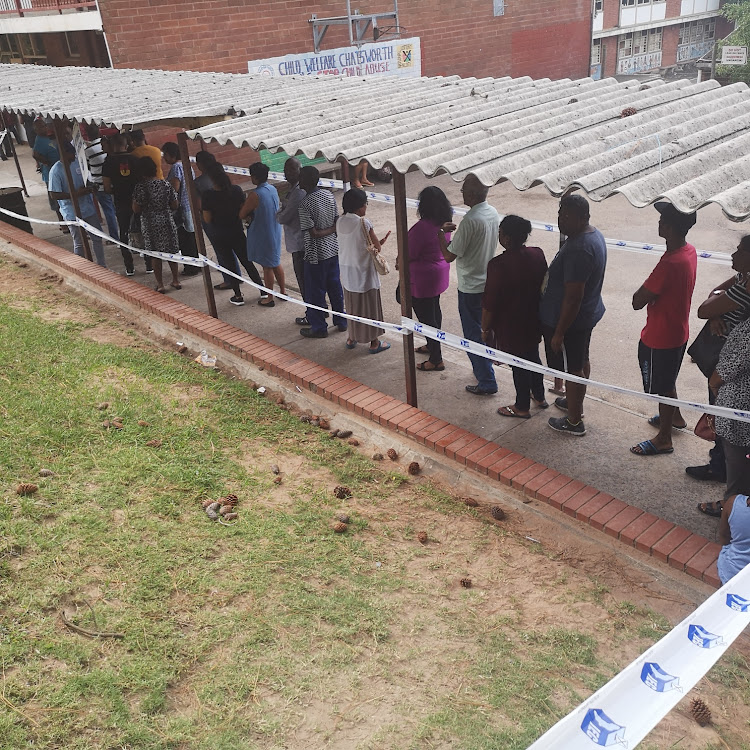 Voters in Chatsworth, south of Durban, file in at voting stations on Wednesday 8 May 2019.
Image: Suthentira Govender

ANC has won yet another election, albeit with reduced margin. Personally, I voted for ANC for a simple reason, I always wanted Cyril Ramaphosa to be country's president. I got my wish.

So, I'm not complaining. I've always believed he should have succeeded Nelson Mandela.

The EFF has punched above its weight limit. The DA has gone same direction as ANC by losing some of its voters.

For as long as opposition parties and their members continue to insult those people who vote for the ANC instead of convincing them why they should for their parties, ANC will continue to rule SA.

White DA members still have apartheid hangover. They think blacks should take instructions from them. Their comments on social networks are disturbing. For some of them, anything touched by a black person is cursed.

It is terribly unfair that after 25 years of democracy we should have to vote to protect ourselves from the resurgence of extremism, affectionately ...
Opinion
2 years ago

As a result, a predominantly white party is our saviour. Such people forget one thing, with all ANC's faults, that party has given us freedom to air our views without fear of getting arrested.

It's the same freedom they're now using to mock and belittle black people. Some of the comments seem to suggest all black people are hopeless creatures.

We all know that is far from truth. Irvin Jim's SRWP and Mzwanele Manyi's ATM have learnt the hard way that union members and worshippers are people just like all of us and are entitled to making individual choices.