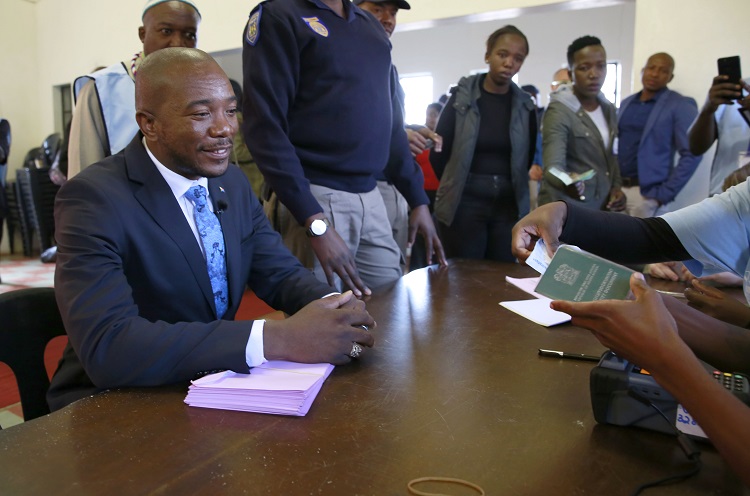 The DA had its own fair share of challenges and problems which contributed to their losses in the election, which cannot be ascribed to leader Mmusi Maimane, the reader says.
Image: Sebabatso Mosamo

It didn't come as a shock to hear the DA's federal executive saying it is taking collective responsibility for poor performance in the 2019 elections.

Taking out Mmusi Maimane will be like shooting themselves in the foot. The DA had its own fair share of challenges and problems which contributed to their losses in the election. Therefore, it can't be blamed on Maimane only.

The issue of public infighting between Patricia de Lille and the party contributed immensely to the losses. That fight created doubt among DA members, leading to divisions among senior members of the party.

Helen Zille's widely perceived out-of-turn statement about colonialism also contributed badly to the image and reputation of the DA. That resulted in the wider public questioning the stand of the DA on colonialism.

White senior leaders are said to be baying for his blood after the party's showing in the recent elections.
Opinion
3 years ago

The exit of former president Jacob Zuma and the rise of Cyril Ramaphosa, also affected the DA. The party had been capitalising on corruption allegations against the Zuma administration.

And when Zuma was ousted, it became difficult for the DA to gain strength on the corruption message to voters.

The DA's election message, "Building One South Africa for All", found it hard to please two worlds.

The party was also caught standing in the crossroads on the land issue. Voters were confused. Black, and even some white, voters felt alienated by the ideological direction of the DA on land reform.

The party's stance on economic empowerment also had a negative impact on the voters.

On the other hand, whites felt Maimane was directing the party away from the core white constituency that had kept it going for years, while on the other hand black poverty has become the tipping point.