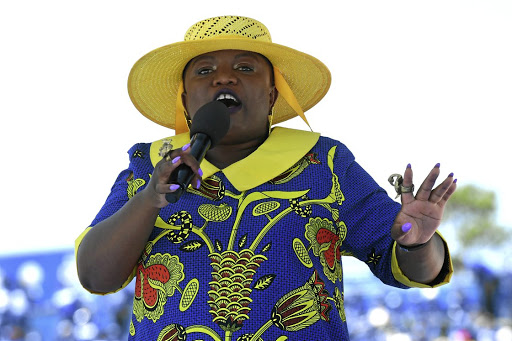 DA MP Phumzile van Damme could be "sent to Harvard University" after tweeting a scathing response to detractors within the party who blamed the DA's black party leaders for a decline in electoral support in the recent national elections.

This is how some on Twitter reacted to Van Damme's ferocious criticism of some in the party for apparently "scape-goating" black leaders for the DA's poor showing in the polls.

Some Twitter users suggested that Van Damme is at risk of being shipped out on sabbatical after it appeared as though her tweets were aimed at former party leader Helen Zille.

@MahlatseTalks tweeted: "You have been begging to be sent to Harvard lately sisi."

The DA's federal executive meeting is expected to be held today and might determine whether party leader Mmusi Maimane is fit to be at the helm.

DA leader Mmusi Maimane says he is not worried that the DA's failure to significantly increase its support in this year's elections will cost him is ...
News
3 years ago

Van Damme yesterday expressed her dissatisfaction with the blame that has been put on the doorstep of black party leaders after the opposition party failed to improve its support.

"I for one, have NEVER tweeted anything that is not DA policy.

Van Damme seemed to be taking a swipe at fellow party members who she said tweeted "against DA policy preventing the DA's growth markets".

"See you can force my hand, I know what has been happening behind the scenes. But unlike you, I don't think I am special & DA rules don't apply to me. I'm not like the ones who came before me. I stare into a fire & smile. So come on through. Do your worst. Nonsense," she continued.

Van Damme could not be reached to clarify what the basis of her tweets was and who they were aimed at.

DA federal chairperson Athol Trollip said he does not comment on internal party issues in the media.

Nearly 75% of people who voted outside the country on April 27 voted for the DA.
News
3 years ago

The growth of EFF and FF+ threatens to usurp Mzansi's reconciliation project.
Opinion
3 years ago

The EFF has unseated the DA as the official opposition in the Mpumalanga legislature - while the ANC retained control of the province.
News
3 years ago
Next Article