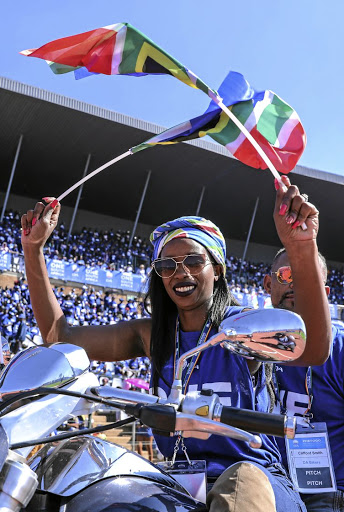 Despite pulling all the stops, the DA lost a significant number of votes in this election.
Image: Simphiwe Nkwali

I've seen a sticker which reads "black man is always a suspect" on taxis many times. DA leader Mmusi Maimane now knows first hand the meaning behind the words on those stickers.

White senior leaders are said to be baying for his blood after the party's showing in the recent elections. It's rumours that have sent Phumzile van Damme's blood boiling.

If her tweets are anything to go by, she could be hauled over the coals any time. Personally, I sympathise with Maimane. He has been put in an unenviable position and some of the things that happened before the elections were out of his control.

If Maimane is called to account, Helen Zille should join him in the dock.