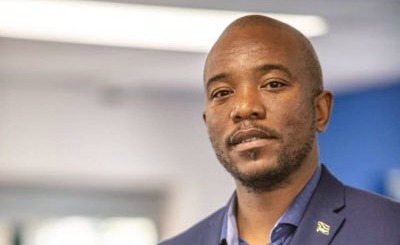 In a letter addressed to DA staff, public representatives, activists and members, Maimane acknowledges that, for the first time in the history of the DA, it lost ground.

“Without doubt, we made mistakes and many issues should have been better handled. For the sake of our country, we need an honest assessment of why we failed to achieve our objectives.

“Then we need to make the necessary changes, however tough that might be, so that we can emerge stronger than before,” wrote Maimane.

DA national spokesperson Solly Malatsi has confirmed the authenticity of the letter.

Maimane wrote about how the DA has a moral duty to occupy the rational centre, and not pander to the left or right.

“As a leader of the DA, I take full responsibility for the outcome of this election. I can honestly and in good conscience state that I did my very best and gave everything of myself in the run up to this election,” he wrote.

Maimane revealed that he had commissioned a review process - chaired by an impartial chairperson from outside the party - to ensure that they properly evaluated the reasons behind the result. All aspects of the campaign would be assessed. This has been endorsed by the party’s federal executive, he said.

Maimane will also be meeting all the party’s structures in every province to hear firsthand their opinions of what went wrong and what changes are required.

He also claims in his letter that the election played out in a context that was tough for the DA and over which they had no control. He attributed this to the popularity of ANC president Cyril Ramaphosa, who has been polling more popularly than the party and than any other political party leader since his election as ANC president in December 2017.

“It is widely accepted that the ANC would have imploded were it not for Ramaphosa, who enabled his party to escape punishment for grand-scale corruption and maladministration,” Maimane wrote.

DA MP Phumzile van Damme could be "sent to Harvard University" after tweeting a scathing response to detractors within the party who blamed the DA's ...
News
3 years ago
Next Article