Solidarity means recognising equal value of everyone as human beings 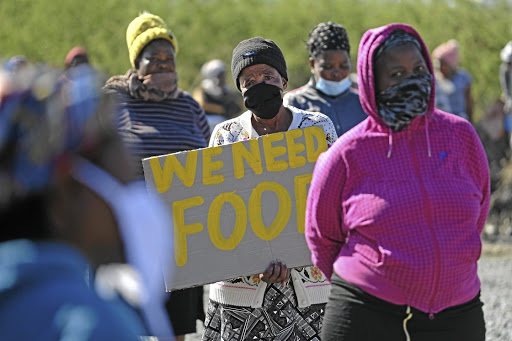 Solidarity is not merely about individuals and corporates donating to the numerous funds established to help affected and destitute people. / Gallo Images/Dino Lloyd

Will the pandemic be that one catalyst in our history that causes us to part with a shameful legacy of extreme exploitation and excessive inequality in all its variants?

In the SA context of a post-Covid-19 world, the focus is on a new economy, a better society of inclusion, equity and solidarity.

The close working relationship between the government and private sector has been lauded since each mounted their responses to the economic disruptions resulting from the lockdown.

The establishment of the solidarity fund has been held up as an ideal for collective action in response to a crisis affecting the entire country.

All of us are reeling from the consequences of this disease that is not of our own making. That said, we are and will not feel its effects equally. While millions of workers have lost and will continue to lose their jobs, big corporates and executives will survive to bag their millions and billions.

In such a context we've got to ask: what does solidarity mean? Is solidarity just about donating to global funds that support social causes and finance handouts for those who have lost the dignity of earning a living?

Our world and our lives will never be the same again. And Covid-19 is forcing us to embrace new social norms. But it is unlikely to move deeply held convictions that shape our values and how we approach questions of justice and fairness.

Interestingly, while there are talks of retrenching staff, there is little to no talk of freezing or even cutting back on executive pay, bonuses and perks. While the cuts will be at the lower ends and middle of company organograms, the top end is secure.

Yet CEOs wax lyrical about the importance of taking care of people, preserving jobs, supporting communities, and donating to the solidarity fund. Only the executives of these companies, and maybe the middle managers and supervisors, are esteemed as MVPs (most valuable players) in the corporate game.

There are indeed industries that have been decimated by the lockdown. These undoubtedly have very little choice but to let workers go, especially in complete closures of businesses. The hospitality and restaurant industries are a case in point.

Nevertheless, we can't run away from the fact that there are companies, particularly big corporates, who are and will use the lockdown as a pretext to implement cost-cutting. Such subscribe to an extreme form of capitalism that sees labour as a cost and not as human beings dedicating time, talents and efforts to attain the company vision.

Whereas retrenchments are supposed to be a last resort, and are often purported to be, other alternatives are rarely considered even if they get a mention during negotiations.

Some corporates implemented salary cuts across the board to make up for the loss of revenue and working hours during lockdown. However, these measures were temporary and didn't signal a move away from business as usual.

There's the option to do short-time, meaning we work less hours and take less pay, but we all keep our jobs.

We need to stop thinking of solidarity as carrying placards alongside the exploited, marginalised and disregarded of our society. It's not merely about donating as individuals and companies to the myriad funds established to help affected and destitute people.

Solidarity means advocating for one another within our immediate contexts and being willing to make sacrifices and trade-offs to secure each one's livelihood, by virtue of realising our equal value as human beings.

Government owes it to citizens to be transparent on lockdown

Transparency. This is a core principle of good governance and one that characterises open democratic societies.
Opinion
2 years ago

The move to alert level 3 of lockdown means more sectors of the economy can now operate, but under strict conditions, to mitigate the risk of the ...
Opinion
1 year ago

What constitutes accountability? This is an important question, especially in the context of debates and conversations about responsibility for gross ...
Opinion
1 year ago
Next Article