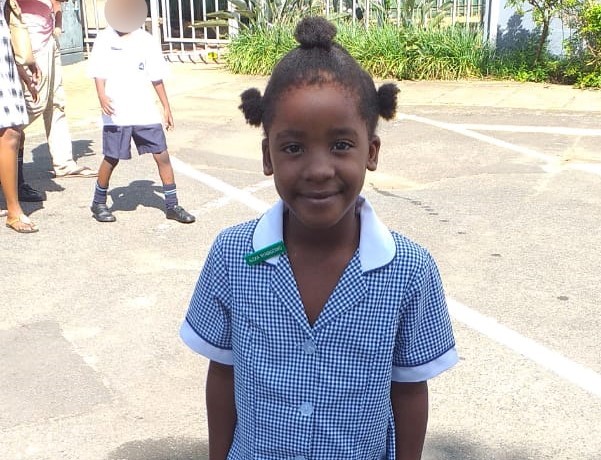 The writer is calling for justice after six-year-old Alexia Nyamadzawo and four-year-old Bandile Skosana were murdered in a week dedicatend to protecting children's rights.
Image: Supplied

As we commemorate national child protection week, in today's edition we are sadly reporting about two children who were brutally murdered.

Child protection week is a campaign by the department of social development which is observed annually to raise awareness of kids' rights.

This year's theme is "let us all protect children during Covid-19 and beyond".

Ironically, in the same week dedicated to protecting kids, two were found dead. Six-year-old Alexia Nyamadzawo's body was discovered in a sugarcane plantation in northern KwaZulu-Natal on Tuesday, after her mother had reported her abducted.

The girl's mother, Fungai, has been charged with murder, kidnapping, and defeating the ends of justice in connection with her daughter's killing. She made her first appearance in court yesterday and the matter was postponed to next week, no further details were heard.

A 42-year old Umhlali woman made a brief appearance in the Umhlali magistrate's court on Wednesday after the death of her six-year-old daughter, ...
News
1 year ago

A 17-year-old boy accused of murdering Soweto teen Siphiwe Sibeko is expected to hear his fate on a bail application today.
News
1 year ago

We commend the authorities for the quick arrest, as we wait with bated breath to hear why this girl's life was cut short, and how the mother is implicated in her child's death.

According to the police, another kid, four-year-old Bandile Skosana was found dead in Bronkhorstspruit, east of Pretoria, on Sunday, he had gone missing after he was last seen playing outside. He had been stabbed several times and his head was crushed with a rock.

What a terrible way for the little one to die, it leaves one wondering why anyone would be that cruel.

We hope the police will find the monsters who did this soon so that they can face the wrath of the law, they do not deserve to live in any society.

These, unfortunately, are not isolated cases. We are not kind to our children as the national crime statistics for 2018/2019 recorded 1,014 kids had been killed, up by 2.9% from the year before.

The figures translate to three children being killed a day. These are scary for anybody who is raising children in this country. We call on parents to be more vigilant over the kids all the time, keep their gates locked to ensure safety as they play in the yards.

It gets more complicated when parents, who are meant to love and protect their offsprings, are charged for allegedly harming them. May justice be served.