Politicians have to think out of box about society's new normal 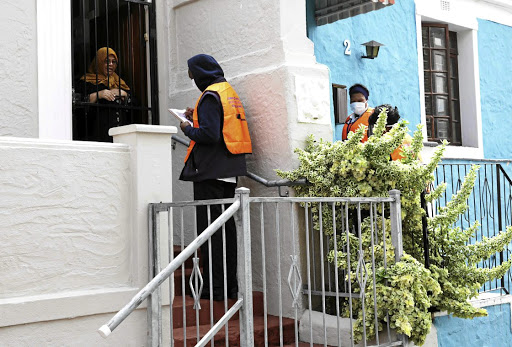 Political parties and leaders that will shine with voters are those able to rally people without gathering them in the conventional sense of the word. /Thulani Mbele

How do you do politics in the age of social distancing and prohibition of mass gatherings? This is a question that should be exercising the minds of political parties, politicians and their strategists.

Covid-19 is the bane of our social and economic existence and its effects on regular political activities are already being felt.

This reality has escaped some politicians. For instance, last week while addressing the passenger numbers in taxis, minister of transport Fikile Mbalula inadvertently turned a media briefing into a mini-rally contrary to social distancing.

Weeks before that, following his announcement of measures to contain the spread of Covid-19, President Cyril Ramaphosa announced that leaders of his party, the ANC, would embark on a door-to-door education campaign, contradicting his message about limiting contact with people outside one's own household.

The challenge is one of remaining relevant. It is a time that calls for out-of-the-box kind of thinking.

It is daunting though because politics is really personal in nature. Rallying and bringing people together behind a leader and a cause is a major part of it. But in the current situation, politicians need to figure out how to keep that personal touch without actually physically touching the people.

The president later told the media that the government was still deciding whether it will extend the 21-day lockdown set to end next Thursday.
News
1 year ago

The parties that will shine are those able to rally people without gathering them in the conventional sense of the word.

Politicians in the US have already got a taste of this new normal. While in the middle of an election campaign, candidates in the race to be the Democratic presidential nominee had to cancel rallies. Having volunteers go door-to-door is no longer an option.

President Donald Trump can't hold his scheduled pre-campaign rallies where he would likely address hundreds of thousands of his supporters at a time.

Doing politics in the age of Covid-19 means abandoning old methods and adopting new ones. The contest has to move onto a new front. It's no longer about the capacity of the stadium that you can fill versus the next guy.

Right now, incumbent politicians have a head start over the opposition. Covid-19 has become a fertile public relations garden for leaders, whether presidents of nations, governors or premiers of states and provinces and mayors of cities. They almost have a monopoly on broadcast media coverage. By doing the right things, on Covid-19, they are making a good case for their future electability.

Similarly, when they go left side, the spotlight shines ever more brightly on their gaffes and errors of judgment as on their success. So it's a double-edged sword.

Nevertheless, their activities and responses are kept in the public eye and are therefore top of mind. This is great for the ANC, that is governing nationally, and for the DA government in the Western Cape. The onus to innovate therefore lies more heavily on parties and candidates contesting against these incumbents.

If they want to compete for the kind of airtime ANC politicians are getting on the traditional broadcast channels, they need to beef up their advertising budgets in a major way. The reality is that many of these parties don't have that kind of money.

It's true that not even the best political pundit who uses a statistical crystal ball to predict future developments could have predicted that we would be living through Covid-19 today.

But if parties had not already started thinking about different ways of engaging communities and voters, and tapping into alternative platforms, particularly the potential of digital, then perhaps they were already destined to be thrown onto the heap of irrelevance and redundancy.

As the old adage goes, change is constant, so only those who adapt survive. Those who had the foresight to start adapting before Covid-19 will emerge as the winners in the post-Covid-19 world.