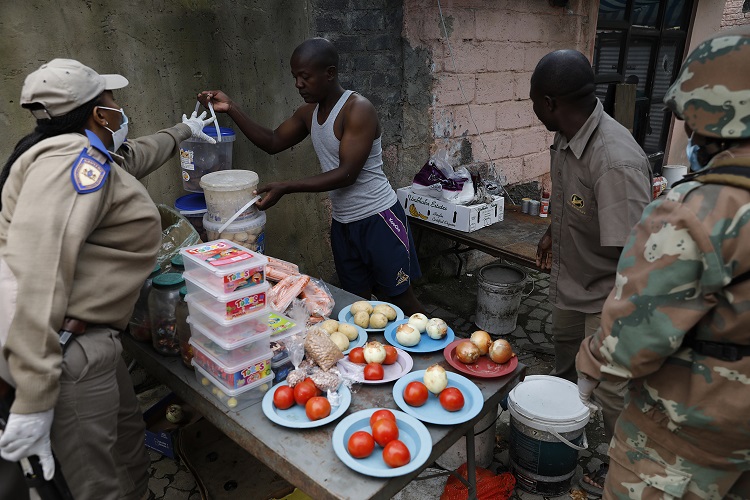 Police were seen arresting people in Alexandra in an effort to force compliance with the lockdown regulations. The writer says the reporting angle in townships is largely negative and condescending, depicting township dwellers as people who do not care about their safety, nor listen to the national call.
Image: ALON SKUY

Let me be clear upfront. The spread of the coronavirus is one of the biggest threats to humanity and I fully support the researched scientific proposals that have been put on the table suggesting mass testing, mass quarantine, and a countrywide lockdown, as the best possible measure to defeat the virus.

We have seen the fruitful results of a lockdown in Wuhan, China, and we have also seen the devastating effects of delayed responses, and partial ignorance in Europe. As such, I fully support and understand the call for a nationwide lockdown.

Since President Cyril Ramaphosa's announcement to have the country undergo a 21-day lockdown to curb the spread of Covid-19, the media have not spared a day without broadcasting the livelihood of people who reside in SA's townships.

The reporting angle is largely negative and condescending, depicting township dwellers as people who do not care about their safety, nor listen to the national call.

It is important to nullify this and put things properly into context.

Firstly, the socioeconomic design of South African townships dictates how life gets to be experienced. Townships are an outcome of decades of social engineering of SA's major cities constructed from apartheid's legislation, largely as residences of migrant labour controlled by the industrialisation class of colonisation to serve the interests of the minority regime.

The congestion in townships must be seen alongside the high demand of mass labour by the apartheid economy, and this has continued into the post-apartheid era. The present economy remains untransformed, and still resembles the racialised and spatial patterns of its past.

It is extremely alarming for the media to blame victims of this geographic design of townships. Township dwellers for the past 50 years have consistently redefined and reconfigured their living experiences to be as fulfilling as possible.

From these conditions emerged functioning families and schooling systems with strong community values, pioneering entrepreneurship ventures and tales of human resilience, university graduates of all sciences and disciplines, theories and ground-breaking philosophies, languages, and various research innovations, among other things. resources.

WATCH | Covid-19 screening and testing rolled out in Alexandra

The Gauteng health department started screening, tracing and testing for Covid-19 in the township of Alexandra on Tuesday.
News
2 years ago

They have consistently survived numerous lockdowns such as poverty, unemployment, immune deficiencies and natural disasters such as floods.

Closer to home, the 2018 Statistics South Africa report showed that townships in the Eastern Cape have 54% unemployment rate with half of their citizenship living below R922 per month. Such statistics are supposed to yield a humanitarian crisis.

But why is that not the case? This is because Eastern Cape township families are heavily involved in entrepreneurial ventures.

The media would not understand this reality because their obsession is limited to the coverage of service delivery protests, crime rates, among others.

For the overwhelming majority of South Africans who survive from self-employment, the priority is for the household to have dinner in the evening.

I am positive that South Africans will still innovatively operate their businesses, undoubtedly with their fair share of difficulties, through their cellphones, backyards, and other means the media will never comprehend.

The infantilisation of township communities, and the commodified reporting of their plight has to be dismissed.

Mzileni is sociology lecturer at the Nelson Mandela University

The department of health has dismissed reports that someone has tested positive for Covid-19 in Alexandra township, Johannesburg.
News
2 years ago

Provinces that have been identified as coronavirus hotspots will be prioritised as the government ramps up its fight against the virus.
News
2 years ago

An elderly man from Krugersdorp died on Monday at a private hospital on Gauteng's West Rand, becoming the province's first Covid-19 death.
News
2 years ago
Next Article