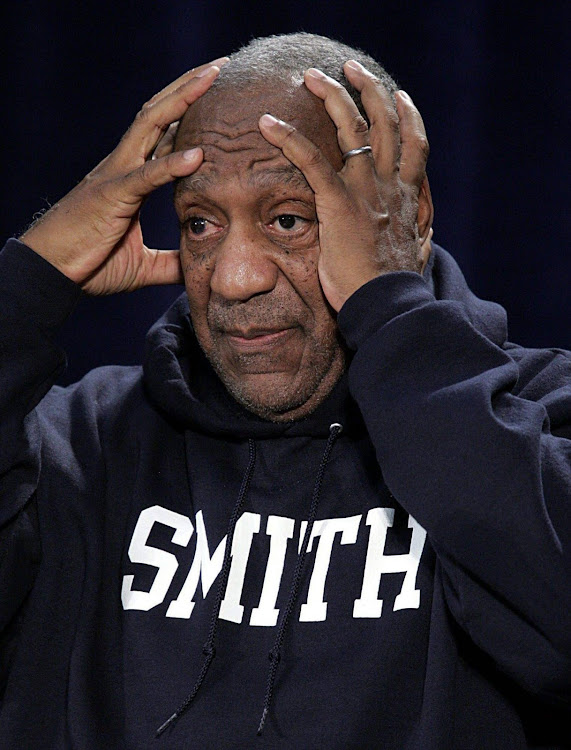 Cases such as that of US actor Bill Cosby illustrates the common narrative that a black man is being falsely accused, and that a black woman wants to destroy him, the writer says.
Image: EPA/JEFF KOWALSKY

A few years ago, a meeting was organised with students who were actively involved in the #FeesMustFall movement across the country.

It took place at the Parktonian Hotel in Braamfontein, Johannesburg. We were flown in from our respective universities and converged at a guest house in Johannesburg, and attended consultative meetings to chart the path for the future of the movement.

During a conversation on the state of the movement, one of the most respected and celebrated male activists, comrade Chumani Maxwele, who was instrumental in sparking the #RhodesMustFall movement when he and other activists threw faeces at the statue of Cecil John Rhodes at the University of Cape Town, made an input that I will never forget.

Maxwele, who I love deeply, argued that we should not elevate the gender question in the movement, that we should all be united in the struggle against institutionalised racism and classism. His argument was that black people were being equally marginalised and oppressed, regardless of their gender.

For this reason, we should not make gender central to the discourse, for we should unite to defeat whiteness first and thereafter, once that struggle has been won, we can then focus on other contradictions.

That was the first time I became acutely aware of just how deeply problematic black men can be politically - including even those we regard as our comrades, those with whom we struggle side by side.

72-year-old Agnes Sithole went to court to challenge a sexist law, and won a legal victory that will protect about 400,000 other black SA women.
News
2 years ago

It is a reality I have had to constantly navigate but which I've now finally mustered the courage to reflect on and see in its raw ugliness.

That reality is that black men, these men we love deeply and whom we have given so much to in the course of our struggle against a system that renders us non-human, are not our allies.

They are not people we can rely on to consistently fight alongside us. And this is hard to stomach, especially for those of us in the Pan-Africanist and Black Consciousness bloc.

I have been following the comments of black men on the issue of Sjava's alleged rape of Lady Zamar with great interest. As I contended last week, they are in line with the comments that were made when Bill Cosby and R. Kelly were accused of the same offence.

The narrative is that a black man is being falsely accused, that a black woman wants to destroy him. The vilification is devastating, but also reflective of the reality that black men are not our allies. They are invested in the struggle only in so far as it benefits them.

They are with us only where they are the motive force of the struggle, but where the struggle is geared towards our own liberation, they betray their true colours.

I have watched, initially with great shock but now with resigned indignation, the way some of our most progressive comrades are extremely regressive on the gender question, and on the question of rape.

A man who clearly articulates the condition of blackness, who employs critical analysis on the historical injustice of colonialism and imperial devastation, will turn around and throw black women under the bus when we demand that our humanity be recognised. And they do it with such ease.

Black men are not our allies. Our allieship with them ends on race and class issues, but at that point of intersection where gender converges with the two, the descent into cognitive dissonance begins.

The day we accept that these people are not our allies is the day we will stop being this hurt and disappointed in black men, and especially in those we regard as comrades.