Bucs' coach must prove his competence 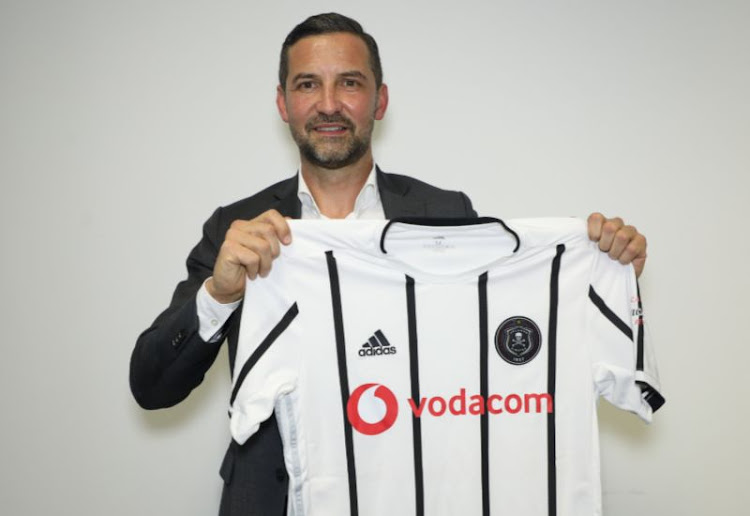 The shock announcement yesterday of Josef Zinnbauer as Orlando Pirates' head coach has predictably left many among 'the Ghost' exasperated, given his thin CV. German Zinnbauer was last employed in 2017, and there's little to indicate he's the man to end Pirates long, six-year wait for a trophy.

But for long suffering Pirates fans, his surprise hiring seems all too familiar. Following the fans' rebellion during the club's 6-0 drubbing by Mamelodi Sundowns in February 2017, Pirates shocked all and sundry by naming previously unheard-of Kjell Jonevret as head coach. His regime barely lasted six months, having plunged the team to new depths. It was no surprise when Milutin Sredojevic replaced him.

Now would anyone fault the Pirates fans for thinking they've been here before, after Zinnbauer replaced Rulani Mokwena yesterday? Make no mistake, Mokwena's elevation to the head coach's position in August was another huge mistake. It may have been based on sentiment rather than footballing logic, given that Mokwena - apart from talking a good game - had no previous experience as a head coach.

His demotion to his original position as assistant should be seen as a welcome relief for a young man who's learning the ropes. He was thoroughly exposed on the hot seat, with a poor return of four wins from 15 matches. Mokwena, a sharp mind that he is, will surely return to coach at the top level one day, and the experience he's honed over the last four months will come handy. He should not be disillusioned, but one lesson he should take is to remain his own man and ignore hyperbole.

In a shock announcement made out of the blue‚ Orlando Pirates have appointed a new head coach‚ 49-year-old German Josef Zinnbauer.
Sport
2 years ago

Some of his harshest critics today are the same people who had disingenuously claimed he was the reason for Pirates' turnaround, reducing Sredojevic to a nonentity. The hype started some years ago, with others going to the lengths of claiming he was the brains behind Mamelodi Sundowns' CAF Champions League success. It took four months of floundering to disprove all that. He now has to report to a new boss, Zinnbauer, whose credentials are also highly questionable given that he did his coaching almost exclusively in the German lower leagues.

Why Pirates resorted to another chancer who has no experience of coaching on this continent, when the situation is becoming dire, remains a mystery.

But what is clear is that Zinnbauer must hit the ground running. Unlike his equally ill-suited European counterpart Jonevret, he won't be afforded a six-month period to sink Pirates further into an abyss. He has to address their defensive frailties which became so glaring under Rulani. He has to assert himself as a man in charge and not come across as a clueless plumber who tells you he's learning on the job, while your kitchen floods.

Pirates needed a miracle worker, and frankly, Zinnbauer doesn't seem like one. He has a few months, if not weeks, to prove us wrong.