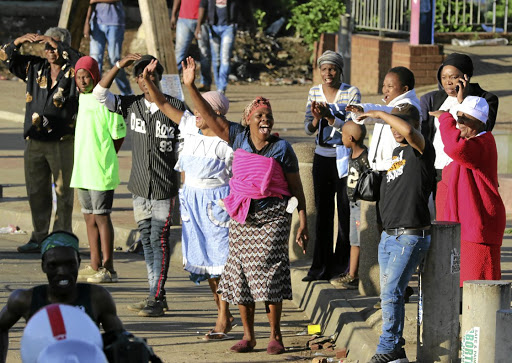 They call it the People's Race, and indeed were it not for the warmth of the people of Soweto, the Soweto Marathon would probably be known by another nickname to correctly depict it as the most brutal race on the running calendar.

For the first time on Sunday, I joined thousands of runners who dared to do the full 42km marathon after several years of hiding behind the more tolerable, but equally challenging, half-marathon route.

I had embarked on a three-month training regime which saw me clock more than 300km in that period. But it seems nothing could have prepared me for the arduous demands of the Soweto Marathon, which admittedly starts off easily in the first half. But as the going gets tough, the cordiality of the people of Soweto makes you realise just why this is the people's race.

They joke with you, others mock you and offer you beer. But far too many are welcoming. When water sachets had run out at the 21km mark, I was delighted to queue behind three other runners over the wall of one home owner who offered us "ice and water".

The traffic logjam is an obvious inconvenience and irritation for Soweto motorists. One impatient driver stuck at a traffic light could be heard exclaiming that he was rushing to a mortuary with his family to fetch the hearse for their loved one's funeral.

I could not help but laugh out loud when a traffic pointsman retorted: "You're going to fetch someone who's already dead? What about these runners who are alive? You want them dead too?"

Township shows its love for event.
Sport
2 years ago

The scenic route takes you into Soweto and past some historic landmarks, such as the Chris Hani Baragwanath Hospital and Walter Sisulu Square, but it's perhaps only after you have passed the halfway mark that you feel the challenges of the race.

It was at this point where I saw one woman runner wailing in excruciating pain probably due to cramps, as she was whisked away by the metro police who duly called for medical intervention.

I had been warned of the infamous uphill on Vilakazi Street. Little did I know it was actually so severe that the race was practically reduced to a walk at this point. For about half-a-kilometre, not a single person in my group was running, but we could share jokes with onlookers. "Why did you even bother registering for this race if you're going to walk?" asked one enthusiastic lady.

Another challenging uphill awaited us just after we passed Orlando Stadium, but I was encouraged to find members of our club, Fat Cats, having set up what we call a "support station" there. That was around the 32km mark, and there I was offered braai meat and beer. I opted for water instead and, with encouraging words from the Fat Cats, kept on going.

From there, with less than 10km to go, I knew there was no turning back. I was on my way to conquering the Soweto Marathon for the first time, even as temperatures had soared to just over 30 degrees Celsius.

With the 42km medal hanging around my neck after a torturous five hours and 24 minutes on the road, I couldn't help but be thankful to the people of Soweto for their spirit of ubuntu exhibited throughout the race.