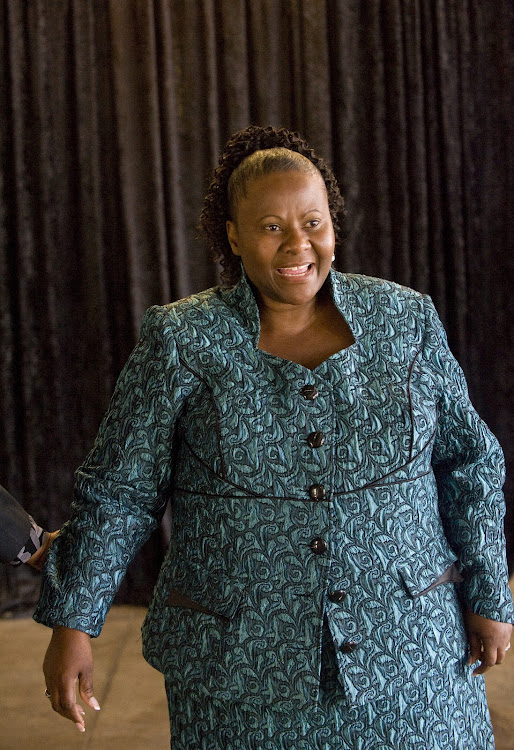 President Cyril Ramaphosa has appointed Constitutional Court’s Justice Sisi Khampepe as acting Deputy Chief Justice as from the beginning of this month.

Khampepe is acting in this position as Deputy Chief Justice Raymond Zondo who is currently involved in the Commission of Inquiry into State Capture. The announcement was made by the Constitutional Court on Tuesday.

Khampepe will also act as acting chief justice as Chief Justice Mogoeng Mogoeng is on leave until month end.

"In terms of the Superior Courts Act, as Acting Deputy Chief Justice, Justice Khampepe will exercise the powers and perform the functions of the Chief Justice as Acting Chief Justice. Khampepe’s illustrious legal career spans over 40 years," the ConCourt said in a statement."

The President has appointed Justice Sisi Khampepe of the Constitutional Court as Acting Deputy Chief Justice with effect from 1 November 2019. Chief Justice Mogoeng Mogoeng is on leave. Because of his involvement with the Commission of Inquiry on State Capture, Deputy Chief Justice Raymond Zondo is not available to perform his usual duties.

After graduating with an LLM (Master of Laws) degree from Harvard University in the United States of America, she served articles at Bowman Gilfillan. She then started her own practice under the name SV Khampepe Attorneys. Her main area of practice and for which she was renowned was the defence of workers against unjust laws and unfair employment practices.

Khampepe has also served on a number of position in the legal fraternity.In 1995 she was appointed by the late former president Nelson Mandela as a Commissioner in the Truth and Reconciliation Commission.

In 2004 former president Thabo Mbeki appointed Khampepe to oversee the Zimbabwean elections. In February 2006 the secretary-general of the Commonwealth, Donald C McKinnon, seconded her as a member of the Commonwealth Observer Group to the Presidential and Parliamentary Elections in Uganda.

In 2005, Khampepe chaired a Commission of Inquiry that looked into the mandate and location of the Directorate of Special Operations, commonly known as the Scorpions. Justice Khampepe’s judicial career commenced with her appointment to the Gauteng Division of the High Court in December 2000. She later served as Acting Deputy Judge President of the Labour Court. Khampepe was later elevated to the Constitutional Court in October 2009.

Of the 207 new magistrates who have been appointed by justice minister Ronald Lamola, with effect from February 1 next year, 105 are women
News
2 years ago
Next Article