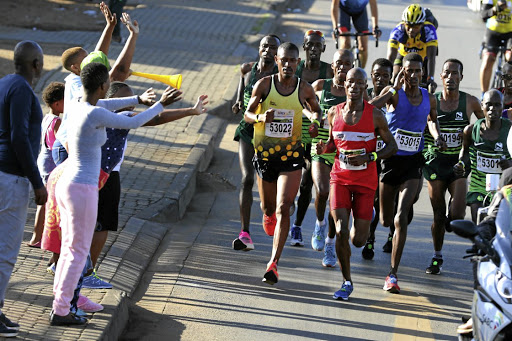 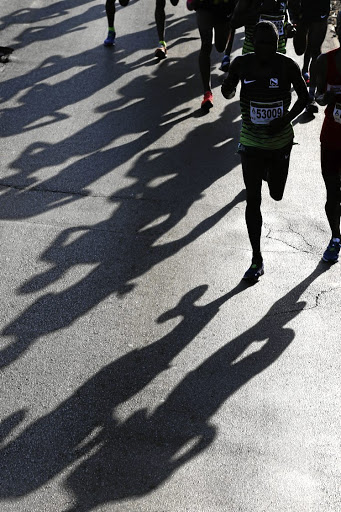 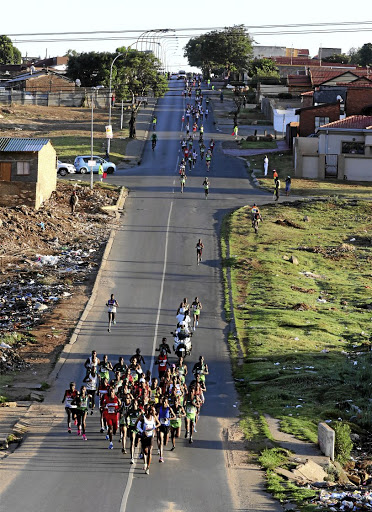 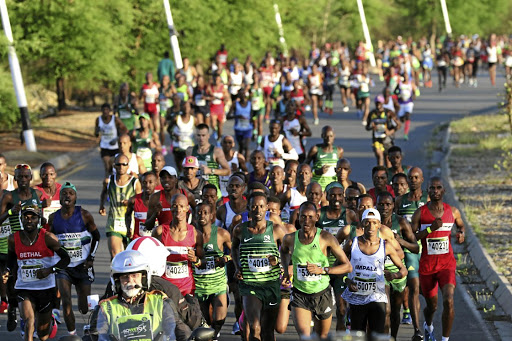 Thousands of runners swarmed the FNB Stadium to participate in the 10km, 21.1km half marathon and the 42.2km marathon and by 6am residents were up and ready to support those participating in Africa's biggest marathon.

In Diepkloof, residents cheered runners on as they took the route past the township. Mothers in their gowns held their babies by the roadside rooting for the athletes.

In other parts of Soweto, residents ran out of shebeens with beer bottles in their hands to catch a glimpse of the leading pack of runners.

In Riverlea, a young woman camped outside her home smoking hubbly as the athletes ran past her neighbourhood. Several runners told Sowetan they appreciated the support they received from residents.

Peter Mosala, who ran the 21km half marathon, said he was particularly impressed with the support they received from communities during the race.

"Its always cool having people cheering you on when you're running, it shows how much communities care about the sport and it makes one feel like they are part of something bigger. There's a sense of unity that you feel and it's inspirational," Mosala said.

Portia Nakedi, 26, who ran the main race, said she was happy that it had rained on Friday night as this had helped stabilise the erratic weather patterns and thus made running conditions easier to deal with.

"Its been hard over the past few weeks because the weather has been unpredictable. I am happy the weather was okay. It was nice and cool and that helped me to ease into the race properly," Nakedi said.

She said she was disappointed that she could not beat her personal best of four hours and 50 minutes but she was happy to have had another Soweto Marathon under her belt.

"This was my third Soweto Marathon so I was hoping on improving on the personal best I set last year. I ran this one in five hours and nine minutes. I feel that I could have done better but I am proud nonetheless," she said.

This year’s Soweto Marathon on Sunday will be live streamed on YouTube for those who don’t want to miss the action because they are far from their TV ...
Sport
9 months ago

The only South African male who managed to finish in the top 10 was Ntsindiso Mphakathi in a time of 2:19.45.

Mphakathi, who led the pack during the last 10km, allowed his lead to slip while running up a slope in Riverlea.