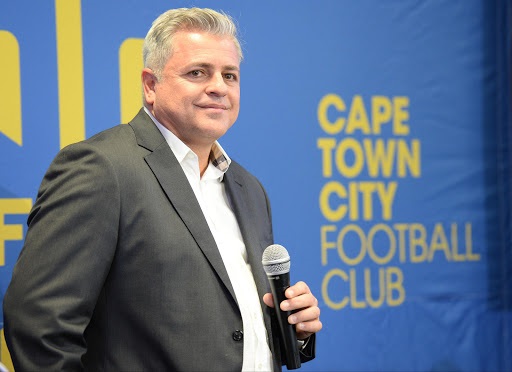 You always wonder why football teams in Cape Town always appear to be battling to get match venues.

Somehow you understand why Cape Town City boss John Comitis is unhappy that his club was forced to move the match against neighbours Stellenbosch from Cape Town Stadium to Athlone.

Comitis claimed that he was informed four days before the event.

"This is yet another negligent and careless undermining of football in Cape Town by the Cape Town Stadium management," Comitis said.

That Cape Town City now have to play their MTN8 clash against Polokwane City at Newlands Stadium - a rugby pitch - leaves a bitter taste in the mouth.

Cape Town City owner John Comitis has launched a scathing attack on the City of Cape Town and the management of the Cape Town Stadium after the club ...
Sport
2 years ago

Comitis said this sort of treatment probably forced Chippa United to accept the deal with the Nelson Mandela Bay municipality to relocate to Port Elizabeth.

The City of Cape Town said "the grass pitch at Cape Town Stadium was found to not meet the Premier Soccer League's traction standards and players could slip and injure themselves".

Not to take Comitis's side, but Cape Town Stadium was built for the Fifa 2010 World Cup. It's a football venue. Shouldn't football be the priority?

Of course it can accommodate other sporting codes, being a multipurpose centre, but football should remain a priority.

Another switch in venue for Cape Town City this weekend would ordinarily prove disruptive for their players but coach Benni McCarthy does not want to ...
Sport
2 years ago

We are saying that even if football is not a priority for the stadium, the city cannot be informing the PSL club only days before hosting a match that the stadium is not available. It leaves a lot of questions.

Football, like any other sport, deserves respect. To act like football doesn't matter in a country where it's the number one sport is not the right thing to do.

If Cape Town City's owners take their club elsewhere - as Comitis has threatened - it would simply open up the floor for those who are showing football the middle finger to continue doing as they please.

Chippa moved on. Cape Town City may move on. Who will be next?

The least football people deserve is some respect. You don't do this by giving them four days' notice that their home - where they have chosen to play their home games - is not available.

Football returns to Newlands in Cape Town when Cape Town City host Polokwane City at the rugby stadium in their MTN8 quarterfinal on Saturday.
Sport
2 years ago

Bidvest Wits captain Thulani Hlatshwayo has confirmed that he wants a new challenge and sounds hopeful that he could still make a move in the current ...
Sport
2 years ago
Next Article