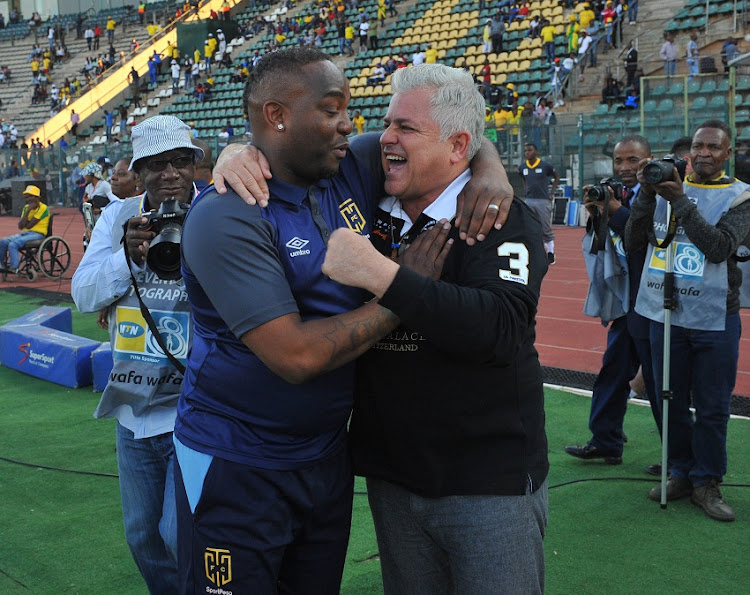 Cape Town City boss John Comitis says he will not stand in the way of Benni McCarthy if his club’s coach is offered the Bafana Bafana job.

Embattled incumbent Bafana coach Stuart Baxter raised eyebrows on Wednesday when he called a private press conference in Johannesburg for Friday‚ and speculation is rife that he is going to resign.

Some Safa officials have indicated off the record that they have lost confidence in Baxter after poor performances at Africa Cup of Nations in Egypt‚ and he has been largely under increasing pressure from the media and the public.

“I have never stood in anyone’s way and I will definitely not stand in Benni’s way‚” Comitis said on Thursday.

“As long as you want to be with me‚ we will work together. If it comes‚ it comes and we will deal with it because we are professionals.”

Comitis added that if the move materialises‚ McCarthy may not be ready for the mammoth responsibility of occupying one of the hottest seats in the country where there is pressure from the public.

“For me‚ he possibly needs a little bit more time before he goes to the national team because nobody wants to see another failure.

“But‚ at the same time if it happens it will be good for his CV because I think the next step for him is Europe.

“I will be happy for him if it happens and he genuinely wants it but‚ like I said‚ I think he still needs one or two more years at club level. The one thing is that I can never stand in his way if there are good and lucrative opportunities for him.”

City in the off-season‚ have bolstered their squad with players like Abbubaker Mobara‚ Tashreeq Morris and Mpho Makola‚ and Comitis said he is done in the transfer market.

“I am ready for the coming season and there are no more signings from us. Mpho Makola was the last arrival. I don’t have any more money in the bank to spend on players‚” he said‚ laughing.