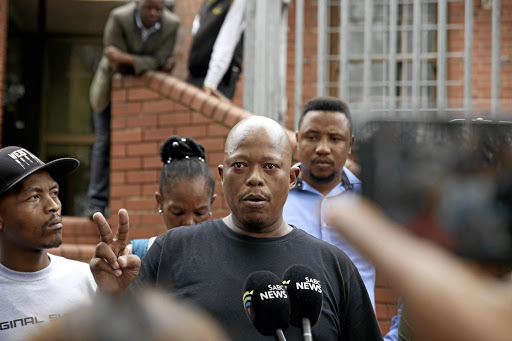 Do you all remember Reeva Steenkamp? If you don't have a fond memory of her short-lived career you will no doubt have caught the media storm that attempted to reflect her pristine image.

Even with the cloud of an alleged affair between her and rugby player Francois Hougaard hanging over her killer beau Oscar Pistorius, Reeva's victimhood was intact. She was innocent, she did not deserve to die and the ANC Women's League made sure a member was present at court in full uniform.

Unlike sweet, innocent Reeva, a living Babes Wodumo was not afforded that same privilege.

As coined by Nils Christie, an ideal victim is one who fits a certain criteria that justifies why they were abused and Babes Wodumo is far from it.

Former athlete Oscar Pistorius, who still has to serve at least five years behind bars for killing his girlfriend, Reeva Steenkamp, is trying to ...
News
3 years ago

There is no reason to ever lay a hand on a woman, no matter how rowdy or drunk she may be from a night out with whomever she consented to be with.

Yet, the light on Babes Wodumo as a victim shone dim the moment her wild lifestyle was brought up.

As if by a tribal council vote, that very same light was switched off when Babes Wodumo ran back to the arms of the man she was forced to expose.

For a woman constantly in the public eye, is Babes Wodumo equipped with the agency to leave an abusive relationship or is she under a more sinister one that abuses her with the sound of a thousand clap-backs per tweet?

Couple withdraws the cases of assault.
News
2 years ago

Take the current malady of Babes Wodumo's alleged Twitter account being hacked. A voice, we cannot certainly be sure is hers, bullies fellow industry diva, Lady Zamar.

A Twitter storm brews and before you know it there is justification for why Babes Wodumo should never have been supported as an abuse victim.

The village in which we raise each other with through social media sits at the ready with pointed pitchforks and tempestuous torches. We constantly attack victims of abuse as if we ourselves are hurt people trying our hardest to show how well we can hurt others.

Whether she does a misguided Bonnie and Clyde themed tour with her abuser or is fighting other women, it does not take away from her experience as a woman who is in an industry that controls and oppresses women under the many filters of the male gaze.

There are many girls who look like Babes Wodumo in the industry, imagine what it must feel like being in the same abusive position as her as well. In our lack of understanding the complexity of Babes Wodumo's abuse, we continue to ignorantly blame a victim who probably does not know how to solve her own issues.

The assault charge against Durban arrest Mandla “Mampintsha” Maphumulo, which were opened by gqom queen Babes wodumo, have been withdrawn.
Entertainment
2 years ago

Warrants of arrest have has been issued for gqom star Babes Wodumo and her lover Mandla "Mampintsha" Maphumulo, after the pair failed to show up at ...
Entertainment
2 years ago
Next Article