Security tight ahead of Zuma's appearance at inquiry 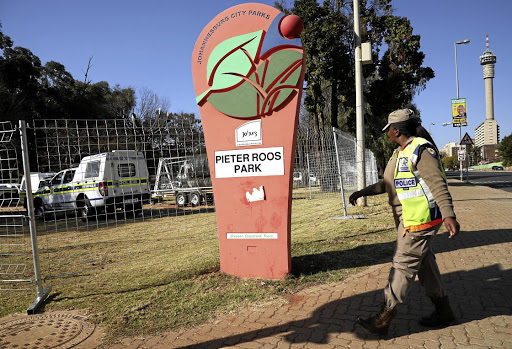 Former president Jacob Zuma today makes his much-anticipated appearance at the Zondo commission of inquiry into state capture amid heightened security and hundreds of supporters gathering outside the commission's premises in Parktown, Johannesburg.

Around 1,000 Zuma supporters from KwaZulu-Natal are expected to descend on Johannesburg this morning after being bused in to show support for the embattled Zuma.

Dozens of SAPS and metro police officers were deployed in the area yesterday with about four police nyalas stationed around the precinct in Parktown where the commission sits.

Hundreds of Zuma supporters are expected to gather at Pieter Roos Park on Empire Road this morning.

Officers from the Johannesburg Metro Police Department (JMPD) were already manning the Empire and Hillside road intersection by yesterday afternoon.

The entrance to the commission's premises had crowd control barricades erected with perimeter fencing.

JMPD spokesperson Wayne Minnaar said officers will be deployed in Parktown to "monitor the roads around Empire Road". An organisation called Radical Economic Transformation (RET) Champions led by a staunch Zuma supporter, Nkosentsha Shezi, said at least six buses, carrying "RET forces and other branch members of the ANC" will arrive this morning from KZN.

Shezi, a funeral parlour boss, said the buses were scheduled to leave Durban and the south coast around 8pm last night.

"Six buses have been confirmed already but we expect that it will be 10 buses. Buses will depart from eThekwini and from the south coast," Shezi said. He said they would have liked to organise more transport but they had financial difficulties because "RET forces didn't have money, contrary to reports that they're corrupt".

"There will be more than 200 members of the Umkhonto we Sizwe Military Veterans (MKMVA)... people are contributing and donating what they can afford, some are donating by availing their taxis, for example," Shezi said.

ANC spokesperson Pule Mabe said the party doesn't have a position on its members who will be supporting Zuma.

"I don't think it's our place to encourage or discourage members who want to come on their own accord... this is not the gathering of the ANC," Mabe said. 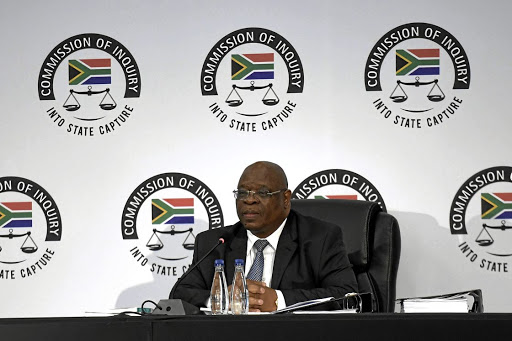 "The ANC always reiterates that members should conduct themselves in a way that upholds the good values that promote unity."

Zuma yesterday appeared to be in a jovial mood as he posted a short video clip of himself mocking the "Zuma Must Fall" song first sung by a group of elderly white women who called for him to step down as president two years ago.

MKMVA spokesperson Carl Niehaus confirmed that some of its members will be in attendance. "Our support for comrade Zuma shouldn't be seen as being against or attacking the commission," he said.

The commission has announced that seating will be limited.

Public registration will open at 7.30am, with the number of people to be allowed inside the premises going to be restricted to 200.

Gauteng police spokesperson Brig Mathapelo Peters said: "There will be no street closures but rather control points in the immediate vicinity of the Zondo commission to regulate the flow of traffic and movement of people."

"In this instance, the security detail will be sufficient to manage the anticipated numbers," she said.

It is time to respond

Although Zuma has denied that there was any evidence of wrongdoing against him presented at the Zondo commission, several witnesses have implicated the former president in their testimonies. Here's some of the evidence that Zuma may have to respond to:

Former president Jacob Zuma will appear before the state capture inquiry on Monday.
News
2 years ago
Next Article