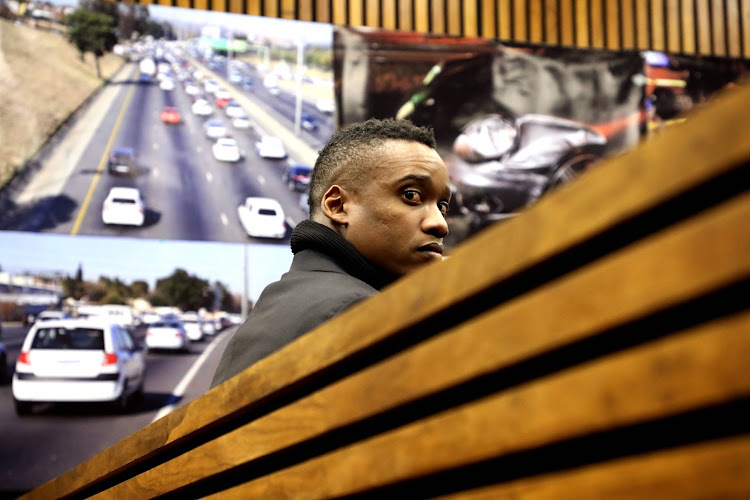 Witnesses called by the state in the culpable homicide case against Duduzane Zuma did not help prove his guilt‚ magistrate Tebogo Thupaatlase said on Friday.

Zuma faced a charge of culpable homicide at the Randburg magistrate's court. He pleaded not guilty to the charge.

Thupaatlase acquitted Zuma on the charge on Friday‚ saying the state had not proved its case against him.

Thupaatlase delivered judgment in a packed court with former president Jacob Zuma present‚ along with Duduzane's wife and sister.

The family Phumzile Dube‚ the woman who died when a minibus taxi she was travelling in collided with Zuma's Porsche‚ was also in court.

In his judgment‚ Thupaatlase rejected several state witnesses' evidence‚ including that of the minibus taxi driver.

"Matron Madikane [one of the eyewitnesses] was not a model of a good witness. I do not agree with the state that she was a good witness‚" Thupaatlase ruled.

"She's gone. There is nothing I can do about it" Phumzile Dube's mother said outside court on Friday after Duduzane Zuma was found not guilty of ...
News
2 years ago

He said Duduzane could not have prevented losing control of his vehicle.

"There is no proof that reducing his speed‚ the accused would have prevented aquaplaning‚" Thupaatlase said.

The court also found that there was no evidence that Duduzane failed to keep a proper look-out.

"There was unforeseeable puddle of water and a reasonable driver would have avoided the situation. Therefore‚ the accused is found not guilty‚" Thupaatlase said.

She said the NPA would not be appealing they judgment.

"At the end of the day‚ justice seeks to uncover the truth... The prosecutor did his best. He went an extra mile to work on this case.

"We are satisfied we have done our best. The prosecutor gave it his best shot‚ but the court ruled otherwise unfortunately and there is nothing we can do about it‚" she said.

Duduzane refused to speak to the media.

Duduzane Zuma was found not guilty of culpable homicide on Friday.
News
2 years ago

His counsel‚ Mike Hellens SC‚ told SowetanLIVE sister publication TimesLIVE that Duduzane was not allowed to speak to the media. He‚ however‚ said he was happy with the outcome of the case.

Zuma also appeared happy after the court delivered its verdict.

Asked to comment on the court's decision‚ Dube's mother‚ Adina‚ only that her daughter was "gone" and there was nothing she could do about it.

"She's gone. There is nothing I can do about it‚" she said. "My daughter is dead and she is not coming back."

Madikane told the media that she was also disappointed that Duduzane had been found not guilty.

"I'm not happy because people died. But we have to respect the court's decision‚" she said.l.

Duduzane Zuma was found not guilty of culpable homicide after Phumzile Dube, mother to a young daughter, died after Zuma's Porsche was involved in a collision with the minibus she was travelling in in 2014.