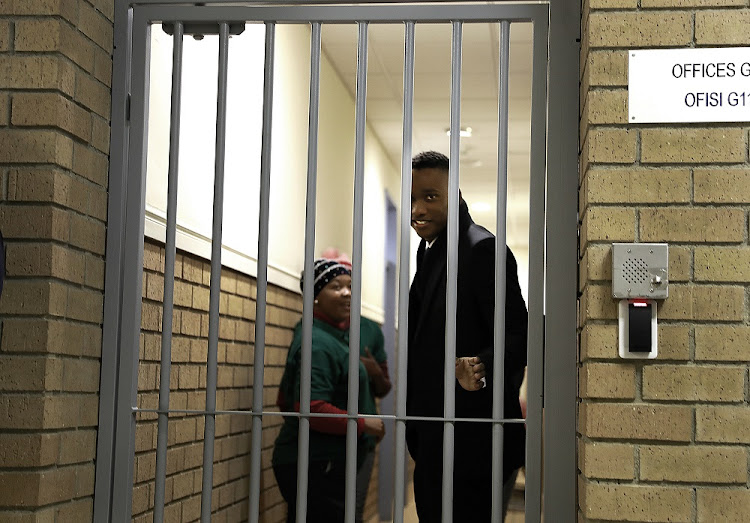 Duduzane Zuma has been acquitted of culpable homicide charges following a car crash which resulted in loss of life.
Image: Alon Skuy

Duduzane Zuma was found not guilty of culpable homicide on Friday.

Phumzile Dube‚ mother to a young daughter‚ died after Zuma's Porsche was involved in a collision with the minibus on the M1‚ near the Grayston turnoff in Johannesburg‚ in 2014.

Her family travelled to court on Friday to hear the verdict.

Supported by former president Jacob Zuma and his sister Duduzile‚ he heard magistrate Tebogo Thupaatlase declare that there was no evidence that he had failed to keep a proper look out. There was an unforeseeable puddle of water and there was no proof that even by reducing his speed‚ Zuma would have prevented aquaplaning.

The National Prosecuting Authority (NPA) initially decided not to prosecute Zuma due to "insufficient evidence".

However‚ the matter was referred to a magistrate for an inquest to determine whether the accident was caused by human error.

In December 2014‚ the inquest‚ held at the Randburg Magistrate’s Court‚ found that negligence by Zuma was the cause of Dube's death.

However‚ after AfriForum’s private prosecution unit applied to privately prosecute Zuma‚ the NPA reversed its initial decision and announced it would prosecute Zuma last year.

During trial proceedings‚ Zuma told the court that on the day of the accident there was heavy rain and visibility was poor.

He also told the court that he had been driving at a speed of about 120km/h and had hit a puddle of water‚ which resulted in his vehicle losing control and spinning.

Michael Jankelowitz‚ a motorist who testified on Zuma's behalf in May‚ told the court he was driving on the same road when Zuma's Porsche collided with a minibus taxi.

Jankelowitz corroborated Zuma's version that it had been raining on the fateful night and that he was not speeding.

During closing arguments last month‚ Zuma’s counsel‚ Mike Hellens SC‚ said there was no evidence that Zuma was travelling at an excessive speed when he overtook the minibus taxi.

Hellens contended that Zuma could not avoid aquaplaning (losing control of the vehicle because of water on the surface of the road).

However‚ prosecutor Yusuf Baba had argued that aquaplaning did not happen on its own and that there were factors affecting it‚ such as “tyre pressure‚ the speed of the vehicle”.