Voices of the marginalised in government still silenced 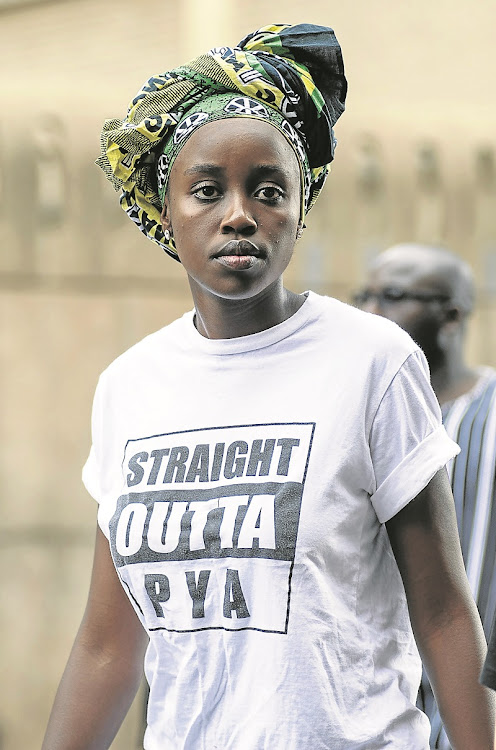 The writer says the inclusion of representatives of young women like Nompendulo Mkhatshwa at the table has taken too long.
Image: IHSAAN HAFFEJEE./ Sunday Times

The heat of the election season is now a smouldering ember in the public discourse as everyone recommits to the South African dream.

Critiques of political personalities have lost their fervour and, again, holding the ruling party account able is the order of the day.

In the run-up to election day, many of us expressed hopes to see the diversification of the governments of ruling and opposition parties. Some generously created resources to help us compare the representation each party offers in terms of, mainly, race, age and gender with the aim of helping us make informed electoral decisions.

It was an interesting and highly engaged election season, at the least, but where have we landed?

In the first parliamentary debate on President Cyril Ramaphosa's State of the Nation Address (Sona) last week, two young women MPs, Naledi Chirwa from the EFF and Nompendulo Mkhatshwa from the ANC delivered their speeches.

The representation of young women in parliament got everyone quite excited, but 25 years in, is this where the buck stops? Surely not.

This late in our democracy, the inclusion of young women in significant roles within government is not an achievement to be overly admired. It has taken too long for the most normative representations of sexual and gender-diverse bodies to get a seat at the proverbial table.

Considering how far behind we are, which is not unique to us, it now seems that those who have been left behind have to entrust their wellbeing in political representation to self-proclaimed allies.

Allyship often stretches only as far as the comfort of the ally, placing a limit on the progress one can achieve on their watch.

Although many have spoken about policy and social issues that affect LGBTQ people adversely, we are yet to see this articulated by the various identities within the LGBTQ who hold significant positions in government.

For the youngest MP in the sixth democratic administration Itumeleng Ntsube, since freedom was attained in SA a lot more still needs to be done.
News
2 years ago

Has a known queer person ever addressed an SA president on issues affecting them and their community? Has a queer child ever been able to turn on the TV and see a space being held for them in the structure of the government?

It is not only queer people I ask this for; I also ask for people with disabilities as another example of marginalised people in SA.

Representation truly matters. Not in the clichéd sense of seeing more diverse bodies everywhere for the sake of optics and numbers, but in the true sense. The true sense that sees marginalised people articulate their struggles in their own words and voices.

It has been said in the past that we are not ready for a woman president, and by implication anyone who is not a cisgender, heterosexual, able-bodied man.

What about that is such a foreign concept that it requires such prolonged preparation? These are all deflections that allow us to pussyfoot around our own bigotry and reluctance to consider transformation beyond the ambit of race.

The issue is much more complex than we would like it to be and dividing our priorities in order of the most palatable changes only attests to the laziness of our transformation process.

The voices of those least heard and respected in society are the ones that need to be amplified before the custodians of power who can change their social realities through policy. When we look at our government, be it party or parliamentary structures, we have to admit it leaves much to be desired. The road is long.

Forty-three years after the Soweto uprisings‚ young people are still forced to fight a system that excludes them and locks them out of opportunities‚ ...
News
2 years ago