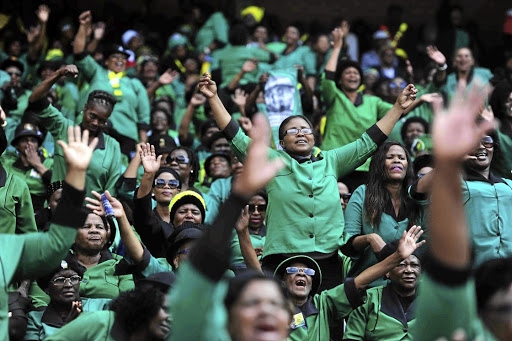 I have critiqued the ANC Women's League many times for its failure to appreciate its role as a powerful league within the ruling party.

My view was that the league is strategically positioned to direct and influence policy within the governing party that may have a positive impact on women in society.

It was disheartening that ANCWL were oblivious that as an organisation, it was already positioned to mobilise women within the ANC to shift gender-related narrative and policy.

However, gender parity within government is a good start, as demonstrated in President Cyril Ramaphosa's new cabinet.

It's a milestone, because gender representation remains steadfast in women's fight for an egalitarian society. Ramaphosa's announcement follows the league's call for gender parity, and former women's minister Bathabile Dlamini should be congratulated for this achievement.

She may not have been the best administrator in government, but she is sure to leave a legacy in ANCWL.

African National Congress Women's League president Bathabile Dlamini says she is at peace with not being appointed to the new cabinet announced by ...
News
3 years ago

Of course, while gender parity is a significant development for women anywhere, whether this milestone in cabinet will impact ordinary women positively, remains to be seen.

I am vehemently against gender empowerment narrative that maintains, for instance, that a female president is guaranteed to bring significant changes to the lives of all women. For instance, I did not find the leagues previous support for Nkosazana Dlamini-Zuma to be earnest.

I stated then that I found it "unbecoming that the ANCWL purports to have supported a female candidate in order to affirm women as capable leaders in society and therefore make an impact on the "ordinary woman" in the street. The ascension of a woman to the highest office does not necessarily translate into the emancipation of the "ordinary women" in the street. The ANCWL fails to understand that it is generally for symbolism, that a woman is leader of the governing party."

Gender representation is never enough, but it is a good start. As mentioned, the agenda of the ANCWL cannot be only about symbolic change in the ruling party.

To many, this milestone would rather translate into better legislative reforms and policies that serve women and children.

My greatest fear is that even as women swell powerful ranks in government this may not necessarily mean success will filter down to women facing poverty and hardship.

For instance, does gender parity mean that finally maternity leave benefits will be afforded to all women? Our current labour laws provides for unpaid maternity leave. Will there be a concerted effort to make our universities and colleges violent free and free from sexual violence?

It will be wonderful to see a justice system working for women and society so that our people understand that just because a woman retracts her rape complaint to the police, doesn't mean the rape did not take place. We have to ask that after achieving gender parity, did Luthuli House finally adopt a sexual harassment policy? As comrades are made aware that corruption will not be tolerated, are they also made aware that sexual violence will not be tolerated?

We hope that our government (with a female head - Thoko Didiza) remembers that women in rural areas are still not allowed to own land despite being the ones that work the land. You catch my drift?