Be informed by your beliefs and conscience in exercising your vote 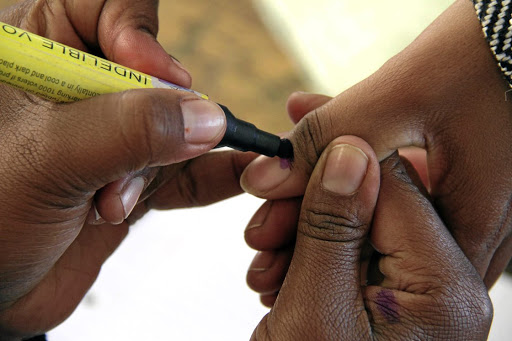 The future of South Africa depends on those who will be voting tomorrow, especially the youth, who are destined to chart the path for this country, according to the writer. /Bafana Mahlangu

My 25-year-old cousin did not register to vote again, and he couldn't be less bothered.

He is one of many youth who do not comprehend the privilege of voting.

However, it is not his youth that influences his carelessness. I know a handful of people who previously voted and refuse to vote now. They dismiss the role they can play in our democracy as insignificant.

Some say the ruling party can no longer be trusted, but there is no alternative. The EFF is too radical and the DA is too white. Spoiling one's vote is better than voting for a smaller party, I heard.

But they are mistaken. Our democracy depends on each vote. The future of SA depends on those who will be voting tomorrow.

Voting comes with massive responsibility. For instance, it's important to recognise that you do not owe the ANC your vote simply because they liberated SA. Rather, consider that your vote tomorrow will ultimately count towards the education, healthcare and economic directives we want.

Not voting is not an option, vote for morality and justice

May 8 would have marked the end of the unfortunate second term of president Jacob Zuma.
Opinion
3 years ago

Be informed by your beliefs and conscience. Do not forget easily how political elitism still thrives in the ANC.

Remember that you are important to them today because they want your vote; the day after tomorrow, you will be forgotten. The ANC of today is not the ANC of Madiba. I knew this the day they recalled Thabo Mbeki, when the man had six months left of his term.

Do not be swayed by lies that a vote for the ANC is a vote for the Cyril Ramaphosa faction. Our electorate does not work that way. I wonder who columnist Peter Bruce hoped to address when he said we should vote for the good faction in the ANC. Clever blacks, I suppose.

Our votes, however, are far more valuable than that and can never be about one citizen and his survival. Besides, Ramaphosa is not a god that SA needs and is not the only person in the ANC capable of leading.

The Electoral Commission has confirmed that the official responsible for transporting ballot boxes found on the side of a Limpopo road at the weekend ...
News
3 years ago

Solly Msimanga turned the deficit in Tshwane around. Perhaps they deserve our provincial vote, and not necessarily our national vote.

You can do that.

The EFF, on the other hand, may not be perfect but they have good intentions. They seek a revolution and perhaps we need a revolution. There's too much wrong in the system and a stronger EFF will keep our democracy on its toes.

Remember their vigour in parliament? Zuma had to pay the money. The EFF is passionate about changing the lives of black people and while many say Julius Malema may not be earnest, I believe he is. He may not be perfect but he embodies botho/ubuntu and is loyal to a fault - he will not return to the ANC!

Do not heed lies.

Let us learn from our neighbours and be different. Imagine voting for the same party, led by a despot for 40 years whose family lived lavishly in SA while the people lived in squalor. How different are we if we don't take our vote seriously?

But remember, too, that democratic legitimacy comes from the bottom up, not from the top down, as Barack Obama said.

The Electoral Commission has confirmed that the official responsible for transporting ballot boxes found on the side of a Limpopo road at the weekend ...
News
3 years ago
Next Article