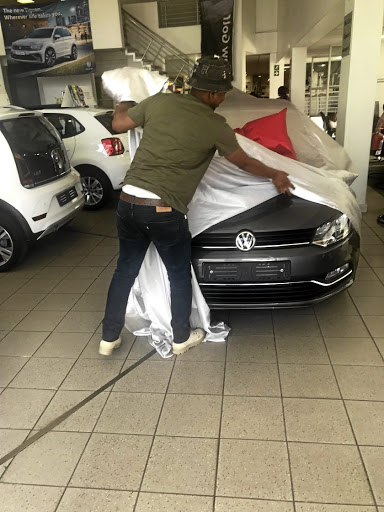 Every car manufacturer warrants that the cars it sells are up to standard, but not every new car sold is safe to drive. This could be seen in the case of Tebogo Matsane, who bought a new car, a VW Polo, in January.

His new set of wheels started to give him a headache just three weeks after taking possession of it, he said.

Since then he has been having sleepless nights and is scared he might even lose his job as he is not able to do his work. Matsane 26, of Delmas in Mpumalanga, qualified for a car allowance because he can only perform his duties by using it, he said.

Matsane said he had only driven the car for three weeks when its brakes started to make a noise when he applied them. He took it in for repairs, but it came back with the same problem. He was advised to continue driving it but refused to do so, thinking it might get worse, he said.

Because his job requires him to drive around he had to hire another one.

"The car is parked, I am scared to drive it as it shakes a lot when I lower the speed while driving at 120km," Matsane said.

He said he had to hire another one and hopes that VW will refund his money.

Matsane said section 56 of the Consumer Protection Act is clear on what should be done when a service provider cannot repair a defect.

"The act states that at the direction of the consumer, the service provider must repair or replace the failed, unsafe or defective goods or refund the consumer."

The dealership has taken in the car more than twice and could not find the solution to the problem.

Matsane said he would have expected the dealership to have replaced the vehicle by now.

We save one car twice

However, it told him to wait for VWSA to make its decision as the complaint was escalated there, he said.

Ntsei Mothapo, 32, of Mankweng, east of Polokwane, is another victim who claims he has not enjoyed driving his vehicle since he bought it two years ago.

He said his joy was short-lived when his car started to make rattling sounds within five months of buying it.

Mothapo said the noise became unbearable when it clocked 11,822km. The vehicle has been back and forth without the dealership finding the solution.

Craig Schraibman, a sales manager at VW, said almost all the comfortline models have the squeaky sound in them. In other words, there is no comfort in their comfort-line models.

He said Matsane must get used to the noise of the car.

"This is a warranty issue. I am sure VW South Africa will respond," Gillmer said.

Andile Dlamini, the head of group communications at VWSA, said they were investigating and need more time to respond.