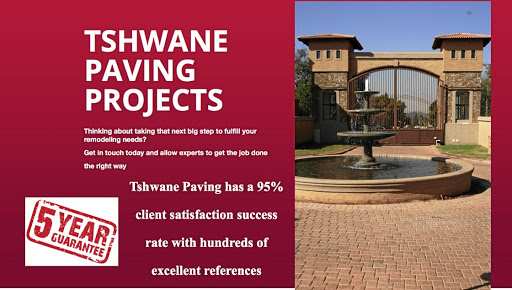 The company has offered to refund one of the complainants provided they retract their story in Sowetan.

Tshwane Paving Projects is once again accused of taking consumers' money and failing to deliver the service paid for.

Mahlangu and Ngobeni have opened a criminal case at Lyttleton police station in Centurion.

They accuse Johan Jonker of taking their money under false pretences to pave their yards.

Consumer Line confirmed with the investigating officer that a case has been opened against Jonker.

Maela came across Tshwane Paving Projects when she was looking for a paving service provider on the internet in December.

She said paving bricks were never delivered as promised which led to her cancelling the contract and demanding that the company pay her back.

Mahlangu, 29, of Soshanguve wanted to improve the value of her mother's house when she decided to pave the yard in July.

The company promised to finish the project within a week, which Mahlangu said never happened.

"Weeks turned into months. Eight months later I [still] have no paving and am R15,000 poorer," said Mahlangu.

She said Jonker undertook to refund her in instalments of R1,500 a month.

"At one stage Jonker asked for my location as he could not find my address which I had sent to his WhatsApp. Still he never showed up."

If Jonker's employees were not involved in an accident, then he would be busy attending to his company car problems, said Mahlangu, noting that there were excuses all the time.

As a result, the paving project is still not done.

Ngobeni, 32, wanted to surprise her mother-in-law by paving her entire yard. She paid a R6,500 deposit in October after Jonker had quoted R10,800 for the whole project.

It did not start as undertaken because Jonker told them he was completing a huge project in Bronkhorstspruit.

Excuses continued until she decided to cancel and demanded a refund.

Months later, Jonker told Ngobeni to get in touch with his lawyer, who barred her from demanding a refund, Ngobeni said.

"I google-mapped the address he provided on his web page and it took me to flats at Elangeni Buffelsdrift," said Ngobeni.

Jonker agreed to refund Ngobeni for service not rendered and apologised for the delay and the inconvenience the company might have caused her.

The offer for a refund had a condition attached to it, that Ngobeni retract her story from this newspaper.

Consumers with similar complaints can contact investigating officer S Maxhithi on 012-664-8600 or visit the Lyttleton police station in Centurion to open a case.